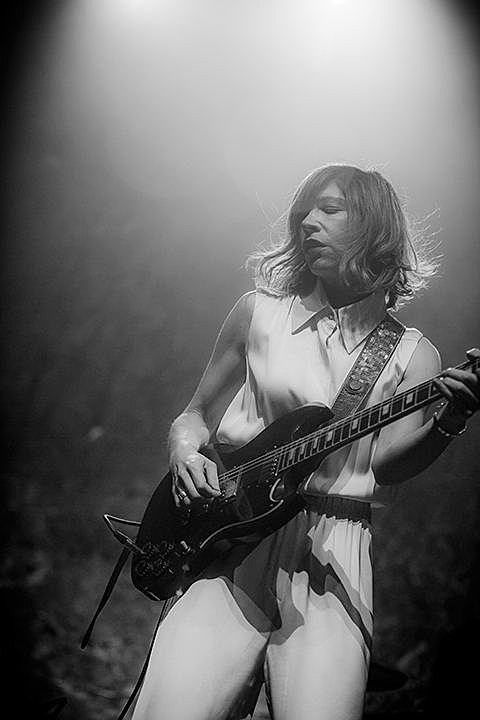 Sleater-Kinney, Lizzo @ Terminal 5
Sleater-Kinney aren't on some nostalgia reunion -- they're picking up right where they left off with a killer new record and this is tour is as much about that as it is about old favorites. Tonight's the first of two T5 shows. Both are sold out.

Swans, Xylouris White @ Bowery Ballroom
Swans returned five years and three records ago, and nothing's been slowing down this late-career creative burst. The albums are some of their best yet, and the live shows are unstoppable. Tonight's show is understandably sold out.

Seoul, Calvin Love @ Baby's All Right
Montreal's Seoul make featherlight pop that is laid-back but engaging, owing to much to the hushed cool of '80s groups like The Dream Academy and The Blue Nile. Tonight's show is with fellow Canadian Calvin Love.

Swami John Reis & The Blind Shake, The So So Glos @ Mercury Lounge
The great John Reis (Rocket from the Crypt, Drive Like Jehu, Hot Snakes, etc) has teamed up with hard-hitting garage rock trio The Blind Shake to pay tribute to classic surf rock instrumentals on a new collaborative album, Modern Surf Classics.

Bang On A Can @ Merkin Concert Hall
Part of the Ecstatic Music Festival, tonight Bang on a Can debut new works by premieres of new works by Wilco's Glenn Kotche, Jace Clayton (aka DJ/rupture) & Ben Frost.

PC Worship, Turn To Crime, Beech Creeps, Happy You @ Shea Stadium
Detroit's Turn to Crime make soulful garage rock that at times has a warm lived-in quality but also has its scratchy paranoid moments as well. Such are the times. Tonight's show is solid all-around.

Shovels and Rope @ Lincoln Center
Johns Island, SC duo Shovels and Rope play this installment of the American Songbook series, which takes place in the gorgeous Appel Room (with its killer view of Columbus Circle).

The Gaslight Anthem, Northcote, The Scandals @ Webster Hall
The Gaslight Anthem's last two albums sound built for the arenas they're probably just about big enough to play, but luckily for now they're still choosing smaller rooms like tonight's Webster Hall show. On Saturday they'll be at the slightly larger Terminal 5. Both sold out.

Everything Ever, Doe, Blithedale Romance, Eli Whitney and The Sound Machine @ Court Tavern
UK trio Doe pull from '90s indie rock and emo influences. With a new compliation out on Old Flame, the band are over for a bunch of NYC-area shows, this being the only in NJ.