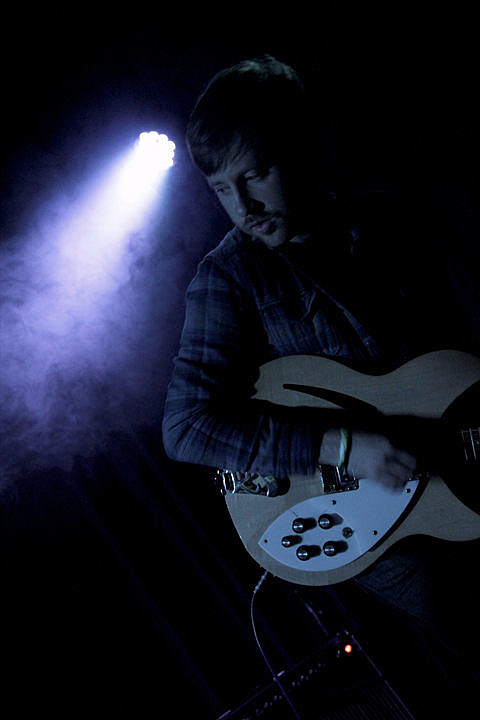 Sleater-Kinney, Lizzo @ Terminal 5
Sleater-Kinney aren't on some nostalgia reunion -- they're picking up right where they left off with a killer new record and this is tour is as much about that as it is about old favorites. Tonight's the second of two sold-out shows at T5 shows.

Museum of Love, Oneida, Blondes @ Bowery Ballroom
For those used to Pat Mahoney behind the drum kit (LCD Soundsystem, Hot Chip), seeing him behind a mic might be a bit of a shock. With Museum of Love, he's a confident frontman with a nice, soulful voice -- which may also be a shock. Tonight's show has great openers in Oneida and Blondes as well.

Couch Slut, Columboid, Opening Bell, Ghastly City Sleep @ Coco 66
Couch Slut's killer debut, My Life As A Woman, is an unrelenting mix of metal, hardcore, noise rock, and it even gets kinda pretty once or twice.

Belle Mare, PROM, Ponyhof @ Knitting Factory
Once a duo Brooklyn's Belle Mare have expanded to full band and a fuller sound that owes a little to Radiohead and Sigur Ros.

The Dodos, Springtime Carnivore @ Music Hall of Williamsburg
It doesn't seem like The Dodos can be on Album #6, but new one Individ, is just that and features more of their catchy, percussive indie-folk. Sold out.

2:54, Honeyblood, Okay Kaya @ Rough Trade
It's a double bill of UK duos, with the gothy post-punk of 2:54 and the almost Best Coast-y pop of Scotland's Honeyblood.

Dr. John @ Town Hall
The Night Tripper interprets the music of Louis Armstrong tonight, as heard on last year's The Spirit of Satch.

Johanna Samuels, Shilpa Ray, Lips, Female @ Union Pool
Shilpa Ray is planning a new album for Northern Spy this year, and we'll likely get a chance to hear some of that tonight.

Warehouse, Breathers, True Blue @ Alphaville
Atlanta indie rockers Warehouse are about to re-release their debut LP on Bayonet (Dustin from Beach Fossils' new label) and tonight they play their first of two NYC shows on their current tour with Breathers. It's at new Bushwick venue Alphaville (140 Wilson).