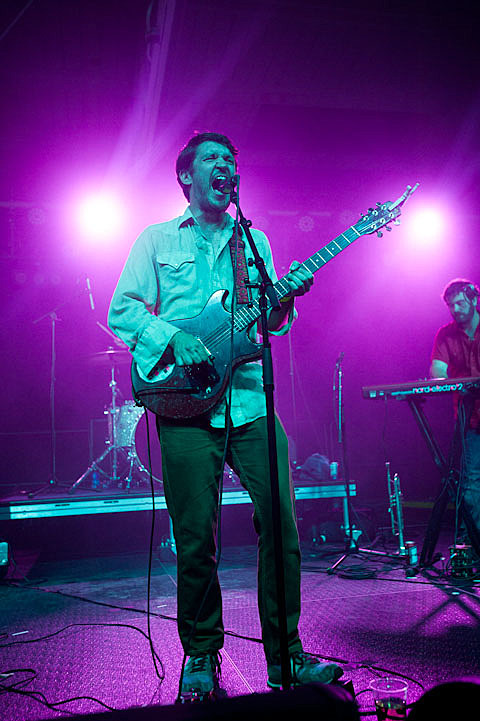 The Black Ryder, White Hills @ Mercury Lounge
Australian duo The Black Ryder make superior dreamy psych that falls somewhere between Mazzy Star and Slowdive. The band's new album, The Door Behind the Door, came out a couple weeks ago and tonight's the NYC release show.

Big Eyes, Bodega Bay, Mope Grooves, The Johns, Eureka California @ Palisades
Big Eyes' last album, 2013's Almost Famous, was one of the stronger melodic punk albums of that year, and the band have been working on new material which hopefully means a followup is on the way. Maybe we'll hear some of that new stuff tonight.

Homeshake, EZTV, Shadow Walker @ Union Pool
You may know Montreal (via Edmonton) musician Peter Sagar as Mac DeMarco's guitarist but he also records his own music under the name Homeshake. His music not too far from Mac's either.

Ariel Dumas, Jena Friedman, Jean Grae, Aparna Nancherla, Phoebe Robinson @ The Bell House
Jezebel is presenting this night titled "March Madness: An Evening of Readings by Women We Love" with killer lineup of talent. Free but you must send an RSVP email to Madness@Jezebel.com.

Shura, Glass Gang, PROM @ Rough Trade
Shura first caught our attention when she remixed Jessie Ware, and her own music isn't too far removed from Jessie's.