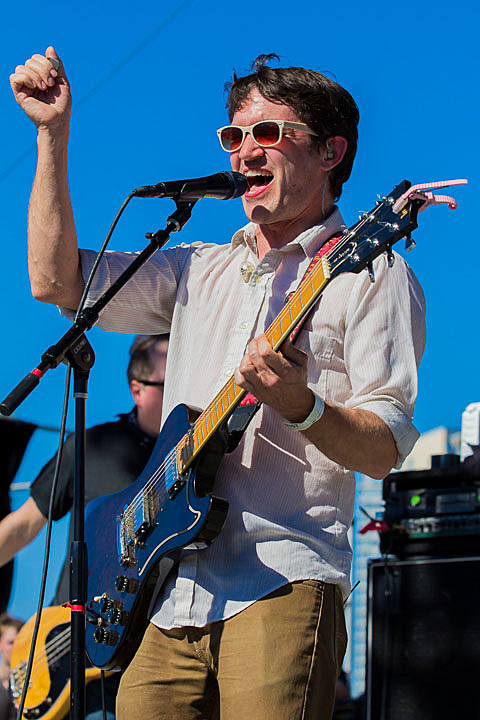 Soak @ Rockwood Music Hall
UPDATE: travel delays postponed this show until Sunday (3/15) Nominated for the BBC's Sound of 2015 Poll, Berdie Monds-Watson (aka SOAK)'s music is delicate, sometimes beautiful, heartfelt stuff and her beyond-her-years voice carries much of the emotion. It's a little like Camera Obscura...with a widescreen lens. This is her first NYC show.

Alabama Shakes, Songhoy Blues @ Beacon Theatre
Blues rockers Alabama Shakes got pretty huge off the strength of their 2012 debut, Boys & Girls, and needless to say there's a lot of anticipation for its followup, Sound & Color, which comes out this April. Maybe they'll preview some of it tonight, their second of two Beacon Theatre shows this week.

Seth Avett, Jessica Lea Mayfield @ Town Hall
Two mainstays of contemporary folk, Seth Avett and Jessica Lea Mayfield, have paid tribute to a man who's influenced just about everyone in this scene, Elliot Smitt, on their new collaborative album. Tonight their tour in support of it hits NYC.

Girl Band, BBIGPIGG, Sick Feeling @ Baby's All Right
Dublin Ireland quartet Girl Band (all-guys, for the record) hit hard with noisy, loud guitars and shouted vocals in the fine punk tradition of McLusky or The Fall. (Or, the shouty punks of your choosing.) Tonight's their first American show and they also play Mercury Lounge on Friday.

Young Thug & Travi$ Scott @ Webster Hall (two shows)
Two of rap's most rapidly rising stars come together for this double header at Webster Hall tonight, both of which are sold out. Young Thug put out three acclaimed mixtapes last year, and his singles "Stoner" and "Danny Glover" are basically inescapable. Travi$ Scott has been behind the scenes on Kanye, Drake and Big Sean's new stuff, and his own new music (particularly new single "High Fashion") is coming into its own too.

The Monte De Rosas Band, Cool Ghouls, Nic Armstrong, Gunfight @ Cake Shop
San Francisco's Cool Ghouls straddle a line between the present and the past. In tight with the current garage/psych scene, their sound also hearkens back to the days of Haight-Ashbury scene. Their very good sophomore album, A Swirling Fire Burning Through The Rhye, was produced by Sonny Smith.

MillionYoung, Heat, See Through Dresses, Fatherson @ Pianos
Their tourmates Summer Heart got stuck in Sweden but Millionyoung continue on without them tonight. Also on the bill: Montreal's Heat who make Strokes-y pop.

Tom Scharpling, Jon Wurster @ The Bell House (2 shows)
Tom Scharpling and Jon Wurster, the brains behind the newly relaunched The Best Show, have a 16-disc box set of the best bits from the show's WFMU days coming out via the Numero Group this month and are doing four live shows over two nights at The Bell House. You can still get tickets to the 10:30 PM show.