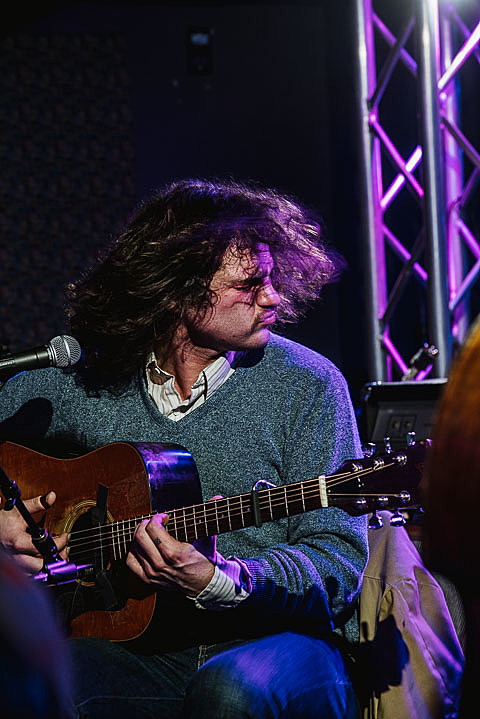 Kevin Morby, Ryley Walker, Zachary Cale, J.R. Bohannon @ Baby's All Right
While we wish he'd make another record with Babies, Kevin Morby's pretty great in solo mode, too, with his world-weary voice carrying a lot of emotional weight. He plays tonight with Ryley Walker whose powerful voice and songwriting can quiet a room instantly. Recommended.

Matias Aguayo, Christian S, Lena Willikens @ Baby's All Right
After Kevin Morby...Matias Aguayo has been making quality music for years, both as a solo artist and also as one half of German duo Closer Muzik, but his career got a bit of a boost (at least in North America) when he collaborated with Battles to sing lead on their song "Ice Cream." His 2014 EP, Legende, is worth checking out and you can watch the video to its hypnotic single "Run Away from the Sun," below.

Kath Bloom, Erin Durant, Bop Tweedie @ Mercury Lounge
Kath Bloom released a handful of great folk albums in the late '70s and '80s that have since deservedly gained a cult following. She still makes albums, as recently as this year's Pass Through Here, and the new stuff is excellent too.

Nifelheim, Ares Kingdom, slutvomit, Iron Force @ Saint Vitus
Sweden's Nifelheim are a legendary, utterly scuzzy and thrashy black metal crew who have been doing it since 1990, and tonight's NYC appearance is a highly anticipated one. Ares Kingdom (ex-Order from Chaos) are veterans too, but of the death/thrash variety.

Spectre Folk, 75 Dollar Bill, Tall Firs @ Trans-Pecos
As their name implies, Spectre Folk make what could be considered folk music, though a psychedelic/experimental style of it. Magick Markers' Pete Nolan leads the band, and among the lineup is Sonic Youth drummer Steve Shelley.

Phil Lesh 75th Birthday @ The Capitol Theatre
The Grateful Dead's Phil Lesh celebrates his 75th birthday with four Capitol Theatre shows this week, this being the first. Among tonight's collaborators is the great Warren Haynes, making this an especially cool show.

Lauryn Hill @ The Cutting Room
Back in action, onetime Fugee and R&B great on her own Lauryn Hill's currently in the midst of a nine-show NYC run as part of an intimate acoustic tour.