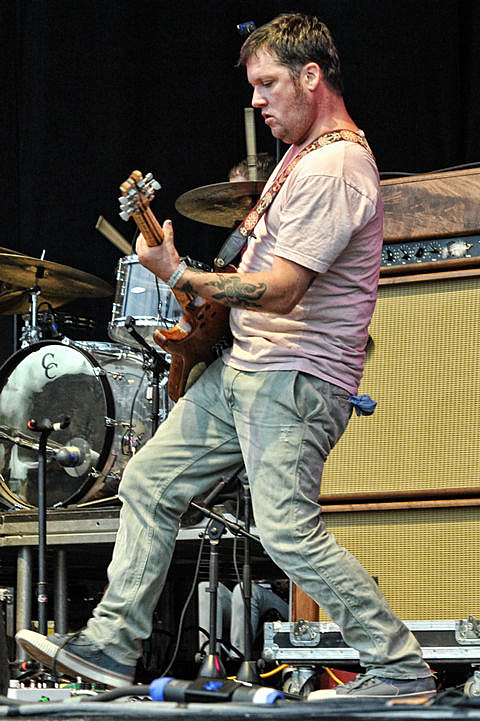 Bjork @ King's Theatre
Bjork's in the midst of a sold-out seven-show run in NYC supporting her powerful new album, Vulnicura. She'll be performing with her Vulicura collaborator Arca, plus percussionist Manu Delago and 15-piece chamber ensemble Alarm Will Sound. This is her first of two nights at Brooklyn's freshly renovated King's Theatre.

Modest Mouse @ Webster Hall
Isaac Brock and company just released Strangers to Ourselves, Modest Mouse's first album in eight years. It sounds like a Modest Mouse album... in a good way. Tonight's the first of two fairly small shows (for them) at Webster Hall. Sold out, natch.

Jozef Van Wissem @ Le Poisson Rouge
The lute is often shoved in the Ren-Faire ghetto, but Dutch musician Jozef Van Wissem does his best to make the instrument dark and mysterious.

Taking Back Sunday, The Menzingers, Letlive @ Best Buy Theatre
Long Island emo vets TBS released Happiness Is in 2014 which was made with the same lineup that produced 2002's Tell All Your Friends. Philly punks The Menzingers and LA's Letlive open.

Dave Alvin and Phil Alvin with The Guilty Ones @ The Bell House
Dave and Phil Alvin are best known for their great early-'80s band The Blasters who blended rockabilly, blues, country and rock n' roll. Last summer, the famously quarrelsome brohters released their first album together in 30 years, a tribute to Chicago blues great Big Bill Broonzy. They'll play songs from that, and hopefully dip into the Blasters catalog as well, tonight

Lo Pan, Against The Grain, Family
Columbus, OH trio Lo Pan will light up VItus with their smokin' grooves and stoned riffage tonight.