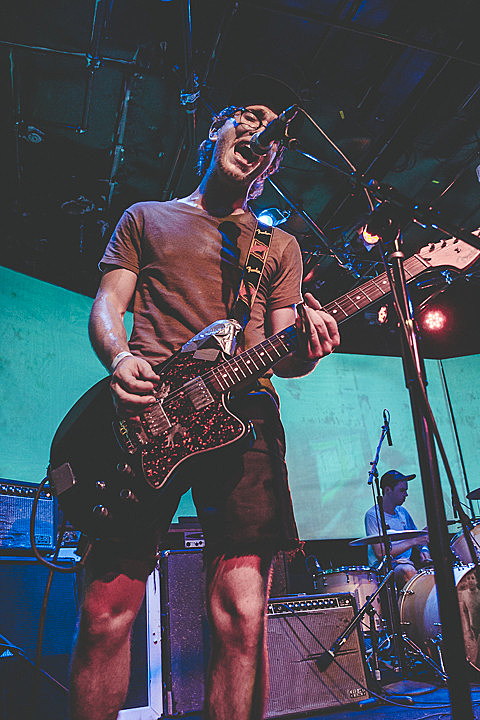 Dispirit, Vorde, Theologian, Anicon @ Saint Vitus
West Coast black metal greats Dispirit, featuring John Gossard of Weakling, have been around since 2000 but never played the East Coast in all of their time as a band. That finally changes this weekend, tonight being their first of two shows at Vitus. They say, "We will play a different set each night as well, so between both shows we should perform all, or most, of the material from our two releases as well as a few newer unreleased songs."

Lauryn Hill @ Madiba Harlem
Back in action, onetime Fugee and R&B great on her own Lauryn Hill's currently in the midst of a nine-show NYC run as part of an intimate acoustic tour

The Figgs @ Mercury Lounge
Saratoga Springs power pop trio The Figgs are one of the most underrated bands of the last 20 years, bringing tight musicianship, catchy songs and a genuine sense of fun to their shows. Tonight's a record release show for their new album, Other Planes of Here.

Aeroplane, Fort Romeau, JDH & Dave P @ Good Room
Vito de Luca is dance music producer/remixer Aeroplane. While his 2010 album We Can Fly was a bit of a disappointment, he forever gets a pass for his remix of Friendly Fires' "Paris" that featured Au Revoir Simone still sounds great today.

The Gingerlys, Lady, The Front Doors @ The Gutter
Falling somewhere between indiepop and shoegaze are Brooklyn's Gingerlys, whose debut EP is brimming with charming pop hooks.

Aaron Freeman @ City Winery
Aaron Freeman, the man once known as Gene Ween, put out a record with his new band, FREEMAN, last summer showcasing a bunch of tracks reminiscent of the Ween sound. Tonight's billed as "An Evening with Aaron Freeman."

Cold War Kids, Elliot Moss @ Terminal 5
California's Cold War Kids have been at it for more than a decade, and released their fifth album of anthemic indie, Hold My Home, last year.