photo: Swans in Chicago in 2014 (more by Brigid Gallagher) 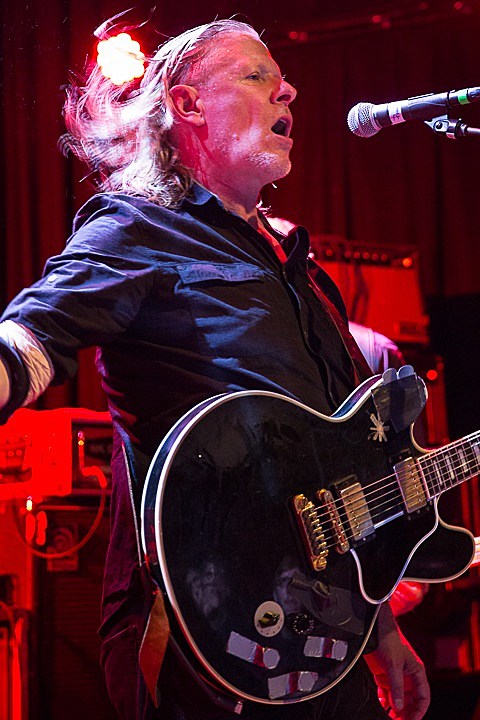 Bjork @ King's Theatre
Bjork's in the midst of a sold-out seven-show run in NYC supporting her powerful new album, Vulnicura. She'll be performing with her Vulicura collaborator Arca, plus percussionist Manu Delago and 15-piece chamber ensemble Alarm Will Sound. This 3 PM matinee is her second of two shows at Brooklyn's gorgeous, freshly renovated King's Theatre.

Swans, Little Annie @ Music Hall of Williamburg
Swans returned five years and three records ago, and nothing's been slowing down this late-career creative burst. The albums are some of their best yet, and the live shows are unstoppable.

Necking, Talibam!, Colin L. Orchestra, Sexy Thoughts, Alien Whale @ Trans-Pecos
This is an all-day show that serves as a farewell to Necking drummer Nick Lesley (who also is one half of Alien Whale) who is moving out of NYC. It's also a release party for levitators Talibam! whose Translition to Siriusness EP is fresh off the press.

Dispirit, Occulation, Ominous Resurrection @ Saint Vitus
West Coast black metal greats Dispirit, featuring John Gossard of Weakling, have been around since 2000 but never played the East Coast in all of their time as a band. That finally changes this weekend, tonight being their second of two shows at Vitus. If you went Friday, expect a very different set tonight.