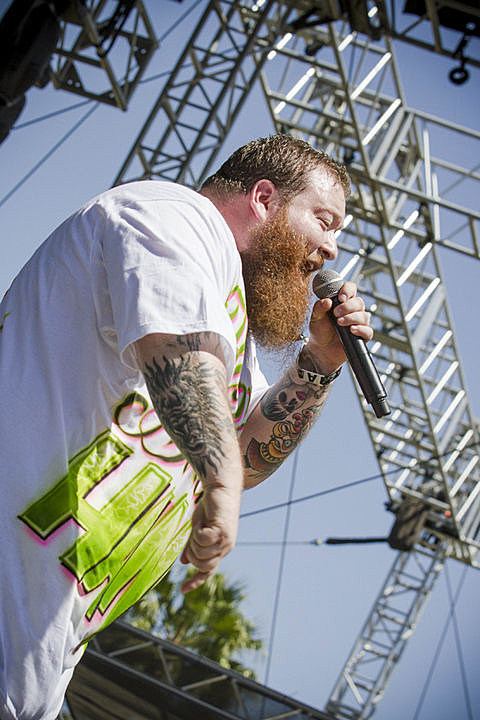 Bjork @ City Center
Bjork's in the midst of a sold-out seven-show run in NYC supporting her powerful new album, Vulnicura. She'll be performing with her Vulnicura collaborator Arca, plus percussionist Manu Delago and 15-piece chamber ensemble Alarm Will Sound.

Villagers, Zachary Cale @ Union Pool
Villagers is a few weeks away from releasing his new home-recorded album, which from the singles is sounding like his barest material yet. Hopefully we'll hear some more of that tonight.

Grooms, Sleepies, Bambara, The Flag @ Alphaville
Grooms' new album goes in different territory for the band, taking things into spacier, kraut-ier territory -- while still making room for their distinctive, dissonant guitars. The album is also probably the catchiest batch of songs Grooms have ever delivered.

Kirin J Callinan, Donny Benet @ Baby's All Right
While on tour with Jack Ladder, KJC will be performing a solo set, as well as songs with Donny Benet (who also plays in Jack's band), and more "special guests." Is Conan Mockasin in town? This is a free show.

Kate Tempest, Lightning Bug, Tkay Maidza @ Rough Trade
She's an award-winning poet and just-published novelist, but Kate Tempest is at her most immediate as a rapper, as heard on last year's very good, gritty Everybody Down. This is her second of two sold-out NYC shows this week.

Jon Spencer Blues Explosion @ WFMU Monty Hall
In the midst of their "Five Borough Freedom Tour," the JSBX cross the Hudson to play WFMU's fairly new Monty Hall venue in the ground floor of their HQ.

Kid Creole & The Coconuts @ BB King Blues Club
Kid Creole (aka August Darnell) has leading the Coconuts in one form or another since 1980, mixing musical styles (big band, disco, new wave, you name it) into one big cocktail served in a...oh, you know what we're going. Kid's a true original.

Max Richter, American Contemporary Music Ensemble @ Le Poisson Rouge
Grammy-nominated contemporary composer Max Richter is in NYC revisiting some of his older albums/pieces this week. Tonight he performs The Leftovers and The Blue Notebooks, and tomorrow he returns to LPR for two different ones.