photo: Torche at Gramercy Theatre in 2012 (more by Fred Pessaro) 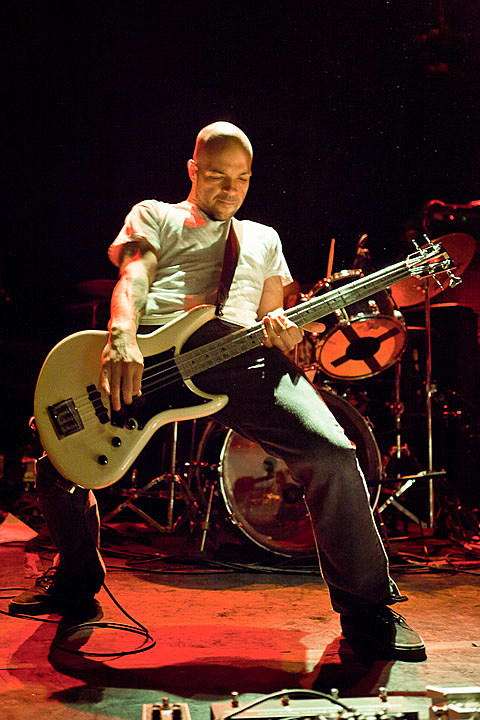 Torche, Nothing, Wrong @ Saint Vitus
This bill is pretty amazing all around, with "stoner pop" band Torche, whose new album is their heaviest in a while and most psychedelic yet, plus heavy shoegazers Nothing and Miami's WRong (ex-Capsule, Kylesa).

Jon Spencer Blues Explosion @ Hank's Saloon
The JSBX released their cracking new album Freedom Tower: No Wave Dance Party 2015 this week and are celebrating by playing shows in every borough. Tonight brings them to downtown Brooklyn's tiny Hank's Saloon which, if you've been there, you know is gonna be a wild, wild show. You had to buy the new album at Turntable Lab to get guaranteed admission tonight. Still, go early.

Neil Diamond @ Barclays Center
Brooklyn native, songwriting legend, and master showman, Neil Diamond is one-of-a-kind who will be pulling out all the stops and putting on the hits tonight at Barclays.

Jack Ladder & The Dreamlanders, Invisible Familiars, Sam Cohen @ Rough Trade
Jack Ladder makes synth pop and has a voice that's gained more than a few deserved comparisons to Nick Cave. He and his very eccentric band (Kirin J Callinan included) are a sight to see, and his funny stage banter is worth showing up for too. Openers are good too: Cibo Matto/GOASTT collaborator Invisible Familiars and former Yellowbirds frontman Sam Cohen.

Suboi, Sandunes, Hashback Hashish @ Baby's All Right
Vietnamese rapper Suboi made quite the impression at our SXSW party, where the crowd who came out for her was super appreciative and Suboi definitely knew how to get the onlookers in the back more involved too.

Shakey Graves, Nikki Lane @ Irving Plaza
Austin folk singer keeps getting bigger and bigger, and if you've seen him live it's not hard to see why. Tonight's his first of two NYC shows on this tour.

Max Richter, American Contemporary Music Ensemble @ Le Poisson Rouge
Grammy-nominated contemporary composer Max Richter is in NYC revisiting some of his older albums/pieces this week. Tonight, his second show at LPR, features a selection from his albums Memoryhouse and Songs from Before.

Morne, Trenchgrinder, Sangharsha @ The Acheron
Boston crust-sludgesters Morne put out a live album earlier this month, but there's still nothing like their actual live show, which you can experience tonight. Good openers too.

Capsize, Young Graves, XpassageX @ Coco 66
San Deigo's Capsize are one of the newer bands on Equal Vision, but they hearken back to the label's early '00s days with bands like Converge and Give Up the Ghost.