photo: Deerhoof at Baby's in 2014 (more by Amanda Hatfield) 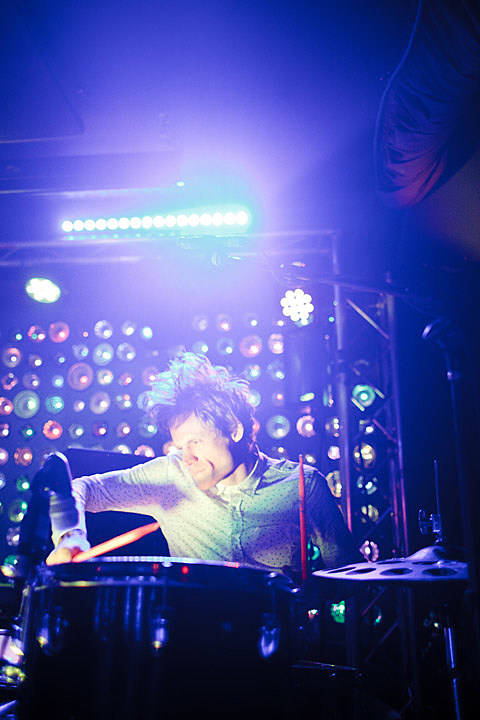 Action Bronson @ Rough Trade
Action Bronson just played two huge Terminal 5 shows in support of his major label debut, Mr. Wonderful, and tonight he's doing something way more intimate. To get in you had to buy his new album and get a wristband at the Rough Trade store starting this past Tuesday. They're out of wristbands, just so you know.

Kool Keith (Lucky Bears Foot) @ Joe's Pub
People throw the term "eccentric" around, but veteran (ultramagnetic) MC is in a different universe, having stayed resolutely weird for the last 25 years. Tonight will be the debut of his new live band, Lucky Bear's Foot.

Jon Spencer Blues Explosion @ Singlecut Brewery
The JSBX released their cracking new album Freedom Tower: No Wave Dance Party 2015 this week and are celebrating by playing shows in every borough. The tour wraps up tonight in Queens and its a free show.

The Get Up Kids, PUP, Restorations @ Paramount
Nineties-era greats The Get Up Kids last reunited in NYC before every '90s emo band you could think of started doing the same thing, and now they're finally back for another round. They don't hit NYC proper, but play their second area show on Long Island tonight. Great openers too: poppy Canadian punks PUP and Philly's heart-on-sleeve rockers Restorations.

Bjork @ City Center
Bjork's in the midst of a sold-out seven-show run in NYC supporting her powerful new album, Vulnicura. She'll be performing with her Vulnicura collaborator Arca, plus percussionist Manu Delago and 15-piece chamber ensemble Alarm Will Sound.

WAND, Babes, Scully @ Baby's All Right
LA band WAND make glammy, heavy rock that's not too far away from what former tourmate Ty Segall does, but they're not afraid to thicken things with vintage analog synths. They're terrific live. This is their first of two NYC shows.

Swearing at Motorists, DTCV @ Elvis Guesthouse
Dayton, OH cult band Swearing at Motorists, aka "The Two-Man-Who," have been making rock for 20-years with frontman Dave Doughman being the band's only constant (apart from being awesome). They play tonight with old pals DTCV that features onetime GbV member Jim Greer.

Noisem, Demon Eye, Death Dealer, BILLxNYE, Scowl @ The Acheron
Baltimore death/thrash rippers Noisem recently announced a new album, and while we've yet to hear anything from that, let's hope they give us a sneak peek at tonight's show.

Horse Feathers, River Whyless @ Bowery Ballroom
Portland folk rockers Horse Feathers celebrated their tenth anniversary as a band last year and released their newest album, So It Is With Us, on Kill Rock Stars. Their current tour is in continued support of that.

The Budos Band, Spires @ Brooklyn Bowl
Where their first three albums trafficked in funky afropop, the Budos Band went heavy (as in almost proto-metal) on last year's Burnt Offering which works a lot more organically than you might think. This is their second of two nights at Brooklyn Bowl.

The Districts, Pine Barons, Rosy Street @ Rough Trade
Twangy rockers The Districts released their new album, A Flourish and a Spoil, last month via Fat Possum, and tonight they return to NYC.