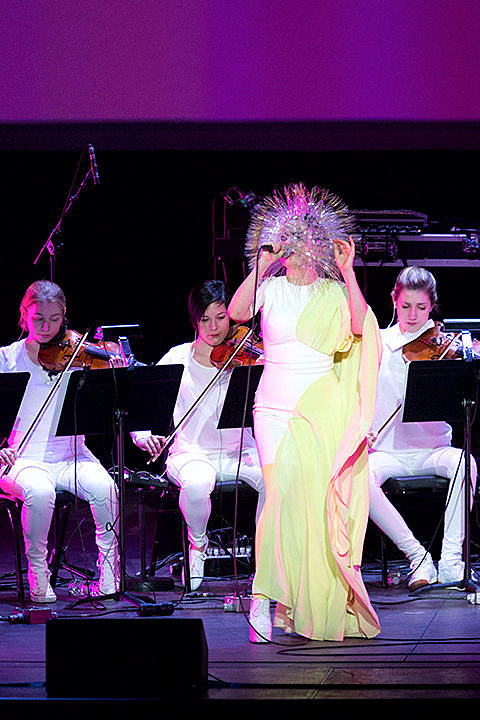 HINDS, The Yetis @ Baby's All Right
Spanish band HINDS get called "shambolic" a lot, but in this case it's a good thing (they are not trying to be Rush) as their brand of of garagey pop trades more in enthusiasm, charm and catchy tunes. They are undeniably fun live. Late show, doors at midnight.

Twin Shadow, Lolawolf, The Great Void @ Music Hall of Williamsburg
Twin Shadow has always been anthemic, but on his new album Eclipse he goes full stadium, aiming for the back fences with every song. This is the second of two sold-out MHOW shows.

Kind of Like Spitting, The City on Film, Lee Corey Oswald @ The Studio at Webster Hall
Indie/emo vets Kind of Like Spitting are back in action, and recently put out a split with Warren Franklin on Topshelf which has them sounding as good as ever. The City on Film (Bob Nanna of Braid's other band) are also back in action after many years away, and put out their very good new album on Topshelf this past December. Support comes from the No Sleep-signed Lee Corey Oswald and locals Living Room.

Big Terrific @ Cameo
Max Silvestri hosts the free weekly comedy show in the back of Williamsburg's Cameo. No word on who's performing tonight, but Max usually lets us know via his Twitter..