photo: The Decemberists in Austin, 2011 (more by Tim Griffin) 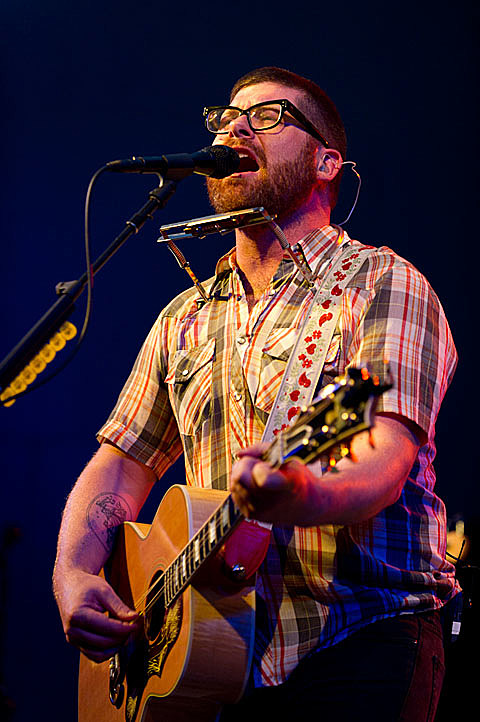 The Decemberists, Alvvays @ Beacon Theatre
The Decemberists' new album may not be their finest work, but they've still put out several of the great folk and folk-related albums of the past 15 years, and tonight's intimate show is sure to be a treat. Opening is Polyvinyl-signed Canadian band Alvvays, whose 2014 debut was one of the best-received jangle pop albums in a while.

Makthaverskan, Heaven, Alice @ Saint Vitus
Sweden's Makthaverskan make cathartic post-punk that doesn't forget about the "punk" suffix, and is pretty unrelenting lyrically too. Tonight's their first of two NYC shows on their first-ever US tour (rescheduled from March).

GABI @ Rough Trade
NYC-based classically trained composer/vocalist Gabrielle Herbst (aka GABI) releases her new album, Sympathy, this week. It was co-produced by Daniel Lopatin (aka Oneohtrix Point Never), and coming out on the label he co-runs, Software. Fans of Julia Holter should check this out. Tonight's show is free, and doors are at 6:30 PM.