photo: The Sonics in Chicago in 2014 (more by Dominick Mastrangelo) 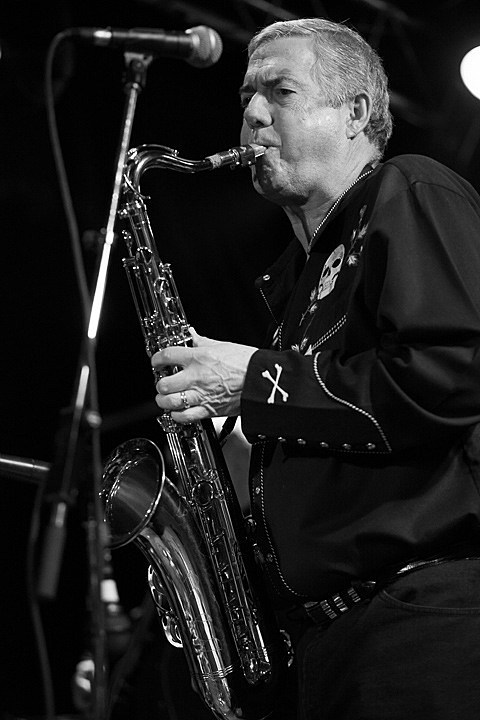 Whirr, Adventures, Makthaverskan @ Baby's All Right
This show is stacked from start to finish with three diverse bands signed to or affiliated with Run For Cover Records. There's Swedish post-punks Makthaverskan playing their second NYC show ever (their first was Monday), the punk/indie rippers Adventures (ft. 3/4 of Code Orange), and finally the wall-of-sound shoegazers Whirr.

Arca @ Bowery Ballroom
Arca initially came from NYC's forward-thinking underground electronic scene, but his profile has significantly risen thanks to collaborations with Kanye West, Bjork and FKA twigs, and his recent solo album on Mute. Tonight's show is sold out.

Jose Gonzalez, Olaf Arnalds @ Music Hall of Williamsburg
We've gotten a lot of great hushed, bare-bones folk albums in 2015, and Jose Gonzalez's new one, Vestiges & Claws (his first solo album since 2007), is no exception to this. Tonight's his first of two sold-out NYC shows on his tour with Icelandic folk singer Olof Arnalds.

The Sonics, Barrence Whitfield and the Savages @ Irving Plaza
Seattle garage punk progenitors The Sonics just released their first new album in almost 50 years and has them pretty much picking up where they left off. They play Asbury Park tomorrow.

Big Terrific @ Cameo Gallery
This long-running free comedy series, hosted by soon-to-be Bravo cooking competition host Max Silvestri, is coming to an end at the end of the month, so don't be surprised if there are extra special guests at the remaining shows.

Empire Records 20th anniversary celebration (aka Rex Manning Day) @ Rough Trade
For the 20th anniversary of beloved '90s movie Empire Records, Williamsburg record store/music venue Rough Trade NYC will turn into the Empire Records store from the movie for three days (this being the first). It's an immersive experience, which includes a Rex Manning autograph, a head-shaving station, a live band and DJ each night (tonight it's ARMS and ADVENTURE[s], respectively), a screening of the film, and more. And perhaps most excitingly, GWAR (who make a cameo in the film) will appear at all three nights. All are sold out.

Rioux, Dadas @ Union Pool
Brooklyn producer Erin Rioux will release his new EP, 'Evolver,' next month. If you dig Caribou, and other live band electronic acts, Rioux are worth investigating.

Chet Faker, XXYYXX @ Terminal 5
Chet Faker headlines this show, and if you're going we recommend showing up for XXYYXX too. It's the final night of three, and sold out.