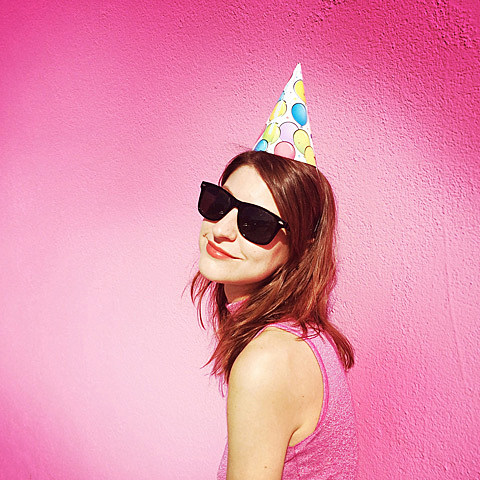 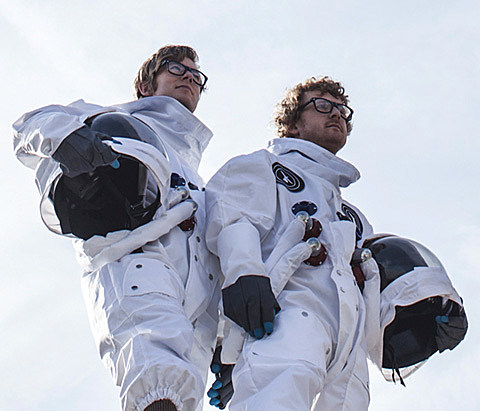 Phil Selway, Adem @ Le Poisson Rouge
Radiohead drummer Phil Selway is also a solo artist, and he followed 2010's folky Familial last year with Weatherhouse, which was a bit more in line with Radiohead's art rock era. Opening tonight is Adem (who plays in Fridge with Four Tet, and other bands) and he plays in Phil's band too.

Empire Records 20th anniversary celebration (aka Rex Manning Day) @ Rough Trade
For the 20th anniversary of beloved '90s movie Empire Records, Williamsburg record store/music venue Rough Trade NYC will turn into the Empire Records store from the movie for three days (this being the first). It's an immersive experience, which includes a Rex Manning autograph, a head-shaving station, live bands and a DJ each night (tonight it's The Mosers, Born Cages, Vacations [John McSwain]), a screening of the film, and more. And perhaps most excitingly, GWAR (who make a cameo in the film) will appear at all three nights. All are sold out.

Jeremy Enigk, El May, Brian Bonz @ The Studio at Webster Hall
Sunny Day Real Estate frontman Jeremy Enigk is planning on releasing his first solo album since 2009, and while details are still mostly TBA, he's currently on the road for the first time in a while. Maybe we'll hear some new songs tonight?

Cock Sparrer, Murphy's Law, 45 Adapters @ Warsaw
UK punk vets Cock Sparrer helped pioneer the Oi! genre in the late '70s and early '80s, and at least one of their albums (1982's Shock Troops) is an essential in the genre. Tonight's their first NYC show in 15 years, and it's sold out. Show up early for NYC staples Murphy's Law and the Oi!-inspired 45 Adapters. Cock Sparrer do it again tomorrow too with different openers.

Jose Gonzalez, Olof Arnalds @ Webster Hall
We've gotten a lot of great hushed, bare-bones folk albums in 2015, and Jose Gonzalez's new one, Vestiges & Claws (his first solo album since 2007), is no exception to this. Tonight's his second of two sold-out NYC shows on his tour with Icelandic folk singer Olof Arnalds.

Public Service Broadcasting, Kauf @ Bowery Ballroom
UK duo PSB mix their dancey instrumentals with soundbites from old PSA films, newsreels and other found footage. Their new album is about and titled The Race for Space. Live, the band add synched projections for a very fun show.

Upset, Colleen Green, Charly Bliss @ Shea Stadium
Working with JEFF the Brotherhood and Diarrhea Planet on her fun new album I Want to Grow Up, Colleen Green makes crunchy, punky pop. She's well matched with tourmates Upset who do much the same thing.

Har Mar Superstar, Andy D @ Knitting Factory
A fearless and funny performer, Har Mar Superstar brings the party -- and his R&B/rock/pop songs -- to wherever he plays. This one starts at 11:45 PM.

Kosmodemonic, Steve Brodsky @ Saint Vitus
Unfortunately Ides of Gemini had to drop off this show, but it's still got local psych metal band Kosmodemonic and Cave In/Mutoid Man's Steve Brodsky.

Dash Rip Rock @ Midtown Live
The Louisiana trio, named after a Elvis-like character on The Beverly Hillbillies, have been making rockabilly-inflected music since the '80s and remain a force live.

Young Fathers, Mas Ysa, Glass Gang @ Music Hall of Williamsburg
Scottish trio Young Fathers got a lot of hype last year for their alt-rap album Dead (which won the Mercury Prize), and they've already followed it with a new one, White Men Are Black Men Too. Tonight's show is sold out.