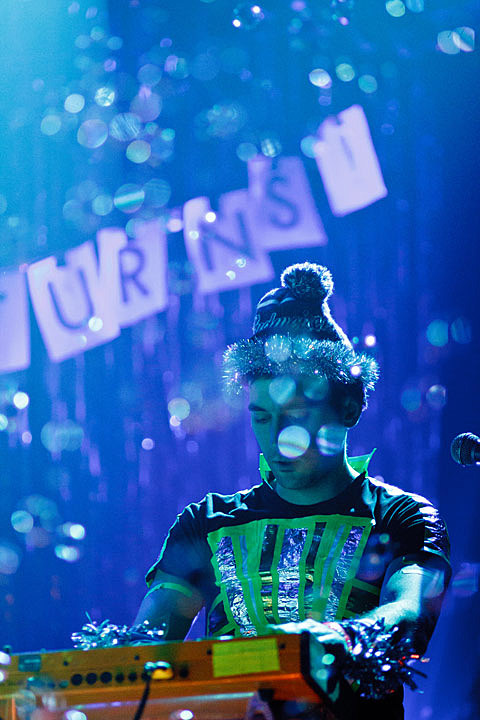 The Menzingers, Big Eyes, Cheerbleeders @ Court Tavern (BrooklynVegan Presents)
The next two BrooklynVegan-curated installments of Red Bull Sound Select happen tonight in NJ and Tuesday in Brooklyn, both with punk bands The Menzingers and Big Eyes. This one also has Philly's Cheerbleeders, who should make a great start to the night. Admission is $3 with RSVP, $10 without. No advance tickets. Flyer below. Hope to see you there!

Sufjan Stevens @ Beacon Theatre
Sufjan's newest album is his most bare-bones release yet, and with its lyrics mostly centered on his mother's death, it's his most depressing too. This is his first of three NYC shows on his current tour, and it should be a special night.

Kirin J Callinan, Fascinator @ Baby's All Right
Let Australian eccentrics Kirin J Callinan and Lord Fascinator lead you through the world of "drunk yoga" at the afternoon event. $10 entry comes with one yoga-themed cocktail. We have no idea what this will be like but its sure to be memorable. 2 PM.

The Mountain Goats, Stephen Brodsky @ City Winery
The Mountain Goats' new album is lyrically centered on professional wrestling, but whether you're a wrestling fan or not, it still has all the traits that make a good Mountain Goats album. Tonight's their second of three NYC shows on their current tour, and though Ides of Gemini had to drop off, they're keeping the opener in the metal realm with Cave In/Mutoid Man's Stephen Brodsky.

Cock Sparrer, The Unseen, Night Birds @ Warsaw
UK punk vets Cock Sparrer helped pioneer the Oi! genre in the late '70s and early '80s, and at least one of their albums (1982's Shock Troops) is an essential in the genre. Tonight's their second NYC show in 15 years (the first was last night), and opening is street punks The Unseen and surf/skate punks Night Birds.

Stars, VERITE @ Webster Hall
Canadian band Stars have been making heartfelt, anthemic pop for more than 15 years and are still going strong, as heard on last year's No One Is Lost.

Shlohmo, Purple, Nick Melons @ Irving Plaza
Shlohmo's been making forward-thinking electronic music for a few years now, and has notable collaborations with How to Dress Well, Banks and Jeremih under his belt too. His newest album and first for True Panther, Dark Red, came out this week.

Shit Robot, JDH, Willie Burns, Entro Senestre @ Good Room
DFA mainstay Shit Robot has a new single featuring Reggie Watts that pushes him into '80s Chicago territory, one foot in early Wax Trax! and the other in house. Where will his DJ set tonight take him?

Yonatan Gat, Janka Nabay & The Bubu Gang @ Mercury Lounge
Onetime Monotonix member Yonatan Gat smudges the line between performer and audience -- as long as you're prepared to be an active participant, his shows are a lot of fun.

The Soft Moon, Noveller, Tempers @ Music Hall of Williamsburg
San Francisco's The Soft Moon switched things up a little on their new album, putting more of a focus on songs than sounds and mood. It's more odd than anything they've done before, all of which is a good thing. Let's hope one thing that hasn't changed is the intensity (and volume) of The Soft Moon's live show.

Excruciating Terror, Hemdale, Stapled Shut, Infernal Stronghold, Mother Brain @ Saint Vitus
LA death-grinders Excruciating Terror were around in the '90s before members went on to play in Bloody Phoenix, Asesino, Endless Demise and others, and they reunited in 2013 for their first time in 15 years. They were supposed to play NYC around the time they played MDF 2014, but didn't make it over. Now they're finally coming here for two shows, Vitus tonight and Silent Barn tomorrow afternoon.

Tyvek, Laced, Honey, B Boys @ Silent Barn
Detroit's caustic Tyvek draw from 50 years of garage punk and are always worth seeing. This whole bill is great, actually. Laced is the more aggressive band from Beach Fossils' Dustin Payseur; Honey rip it up Detroit-style; and close your eyes and you might think B Boys were Chairs Missing-era Wire.

Kal Marks, Yeesh, Pinegrove, The Gradients @ Aviv
Boston's Exploding In Sound-signed Kal Marks hail from the same scene as their labelmates Krill and Pile, and their brand of quirky indie rock is not too unlike their EIS pals. 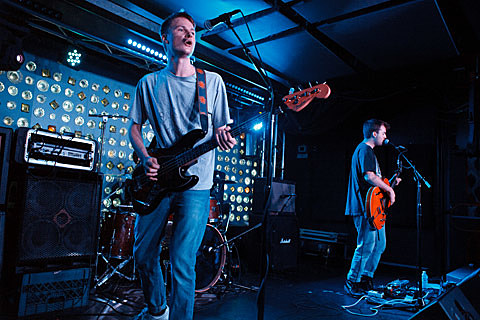 Happyness, EZTV, The Yin Yangs @ Baby's All Right
Young London trio Happyness coulda dropped into American college radio circa 1999 effortlessly with a laid-back sound somewhere between Summerteeth and Terror Twilight. Knowing the difference between mellow and boring, these guys write effortlessly melodic songs loaded with all sorts of great, seemingly tossed-off asides (and at least one Prefab Sprout reference) that will have you reaching for the lyrics sheet (or wishing you had one).

Is Tropical, Bottoms @ Palisades
UK electronic band Is Tropical team up with Brooklyn trio Bottoms, who describe themselves as "two shitty drag queens, a 303 and a drummer" and a "gender-problematizing goth dance band."

The Orange Drop, Ultraam, It's Not Night: It's Space @ The Acheron
Philly's The Orange Drop make throwback psychedelic rock that's really meant to trip you out -- it's more than just pop with reverb. 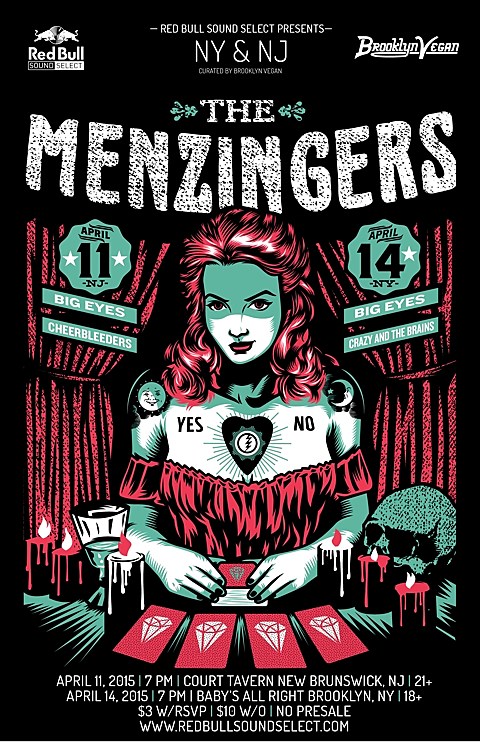