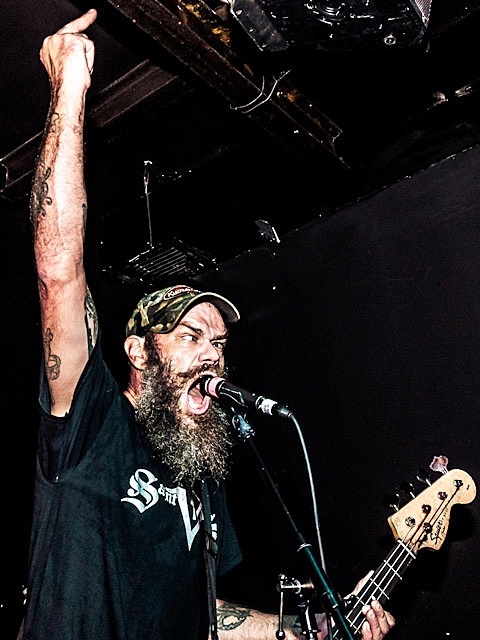 RX Bandits, A Great Big Pile Of Leaves, Cayetana @ Music Hall of Williamsburg
RX Bandits transformed over the years from a ska band to a prog band, and put out some pretty badass rock in between. Both of tonight's openers are great: chilled-out mathy popsters A Great Big Pile of Leaves and powerful indie rockers Cayetana.

Weedeater, King Parrot, Godmaker, The Moon Tooth @ Saint Vitus
Stoner metal greats Weedeater have been saying a new Steve Albini-recorded is on the way, but still not many details on that. Maybe we'll hear some new stuff tonight?

Jeff Beck, Tyler Bryant @ The Capitol Theatre
Guitar legend Jeff Beck (of The Yardbirds, The Jeff Beck Group and more) returns to the NYC-area this week for a few shows, this being the first.

Nellie McKay @ 54 Below
Singer/songwriter and actress Nellie McKay recently put out her '60s covers album, My Weekly Reader, which takes on songs by The Beatles, The Kinks, Crosby Stills & Nash, Small Faces, Moby Grape and more. Tonight she begins a five-show run at NYC's 54 Below, the cabaret supper club in the basement of Studio 54.

Elizabeth & the Catapult, Hannah Epperson, Indigo Street, Shelley Burgon, deli, Ashley Jackson @ Manhattan Inn
This is the second installment of free Mondays in April series "The Hum" which is touted as a "platform for unique first time collaborations between musicians working in various genres such as R&B, indie, beat-boxing, classical, punk and more with live projected video art."