photo: Buzcocks at Webster Hall in 2014 (more by Greg Cristman) 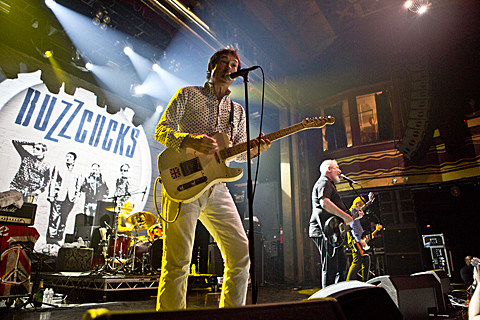 photo: Trans Am at Baby's All Right in 2014 (more by Amanda Hatfield) 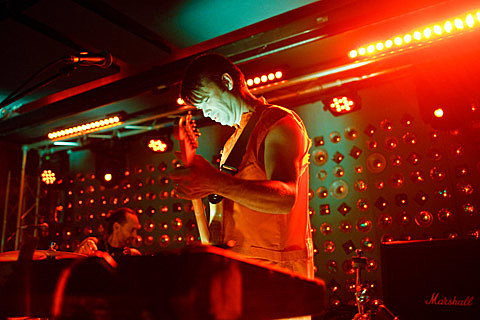 Buzzcocks, Residuels, Otherworldly Things @ Irving Plaza
One of the OG UK punk bands, Buzzcocks had pop smarts from the get-go with a string of classic singles. Pete Shelley and Steve Diggle are still at it, having released The Way last year, that doesn't fiddle with their formula. If you're going tonight, be sure to check out Philadelphia's Residuels who will likely appeal to Buzzcocks fans.

The Juan Maclean (live), Jay Green (DJ set), Shit Robot (DJ set) @ Cameo Gallery
While they're mainstays on the DJ circuit, it's been a long time since The Juan Maclean actually played live. To get back into the swing, they're doing a six-night Brooklyn residency, starting tonight with three shows at Cameo then next week at Union Pool.

Bob Saget @ Best Buy Theater
Known for being the face of ABC family programming in the '80s and '90s, comedian Bob Saget has successfully let his dark side emerge, earning a rep for being one of the most twisted joke-tellers in the business.

Johnny Aries, Radical Dads, Spirit Plate @ Rough Trade
Brooklyn's Radical Dads just released their third album but sadly will be disbanding, as life concerns take precedence. Specifically, every member of the band is soon to be a parent. Radical Dads (and Moms) indeed. Catch them while you can. Also on the bill: Johnny Aries of The Drums.

Jeff Beck, Tyler Bryant @ The Paramount
Guitar legend Jeff Beck (of The Yardbirds, The Jeff Beck Group and more) is in the midst of a multi-night NYC-area run with Jimmy Hall, who fronted the '70s southern rock band Wet Willie, on vocals.

Acrylics, Miles Benjamin Anthony Robinson, Simon Doom, Glyph City @ Union Pool
Why, yes, it does seem like this lineup has been timewarped in from 2008 with both Acrylics and MBAR on the bill. It's a welcome return for duo The Acrylics who never quite reached their potential. Glad to see they're still around!