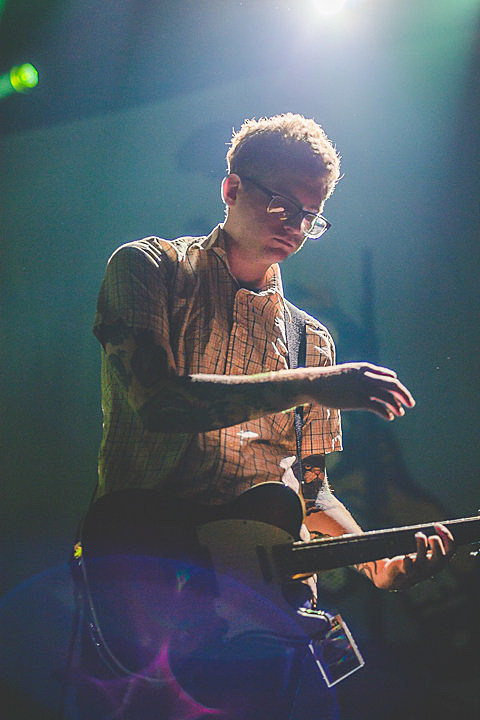 Buzzcocks, Doug Gillard @ Stone Pony
One of the OG UK punk bands, Buzzcocks had pop smarts from the get-go with a string of classic singles. Pete Shelley and Steve Diggle are still at it, having released The Way last year, that doesn't fiddle with their formula. Doug Gillard, who has played in Guided by Voices, Cobra Verde, Nada Surf and makes his own great guitar pop, opens..

The Juan Maclean (live), Delia Gonzalez (live), Midnight Magic (DJ set) @ Cameo Gallery
While they're mainstays on the DJ circuit, it's been a long time since The Juan Maclean actually played live. To get back into the swing, they're doing a six-night Brooklyn residency, starting tonight with three shows at Cameo then next week at Union Pool. Tonight's show is with fellow (but very different) DFA artist Delia Gonzalez.

Doldrums, Moon King @ Mercury Lounge
Airick Woodhead's new album as Doldrums is both poppier and dancier than anything he's done before, while remaining resolutely of odd. Moon King, which is fronted by Airick's brother Daniel, both open the show and play as a part of Doldrums live band. They're both exciting live bands, recommended.

Blind Idiot God, Insect Ark @ Saint Vitus
Experimental instrumental rock vets Blind Idiot put out releases on SST, Bill Laswell's label and John Zorn's label back in the late '80s and early '90s (all produced by Laswell except for one by Martin Bisi), and earlier this year they finally put out their first album in 23 years. It has them in fine form, as tonight's show likely will too.

Brokeback, Holy Sons, Chris Brokaw @ Trans-Pecos
Doug McCombs of post-rock giants Tortoise and indie rock vets Eleventh Dream Day has also led the band Brokeback since the late '90s. They headline tonight, and it's a good show all around with Holy Sons, the project of Emil Amos (also of Om and Grails), and Codeine/Come guitarist Chris Brokaw (who's also playing in Brokeback tonight).

Jeff Beck, Tyler Bryant @ The Paramount
Guitar legend Jeff Beck (of The Yardbirds, The Jeff Beck Group and more) is in the midst of a multi-night NYC-area run with Jimmy Hall, who fronted the '70s southern rock band Wet Willie, on vocals.

Testament, Exodus, Shattered Sun @ Starland Ballroom
Two veterans of '80s thrash metal, Testament and Exodus, team up for this great double bill tonight, and Testament are promising a set that includes their first two albums played in full (1987's The Legacy and 1988's The New Order), as well as cuts from 1989's Practice What You Preach). They do it again on Long Island on Sunday.

Sadaf, Gobby, Sporting Life, Helmer, DJ Hungry Bodies @ Alphaville
Sadaf and Gobby hail from the same scene that brought us Arca and Mykki Blanco, so if you like them there's a good chance you'll enjoy tonight's show too. Also of note is Sporting Life, which includes a member of Ratking.