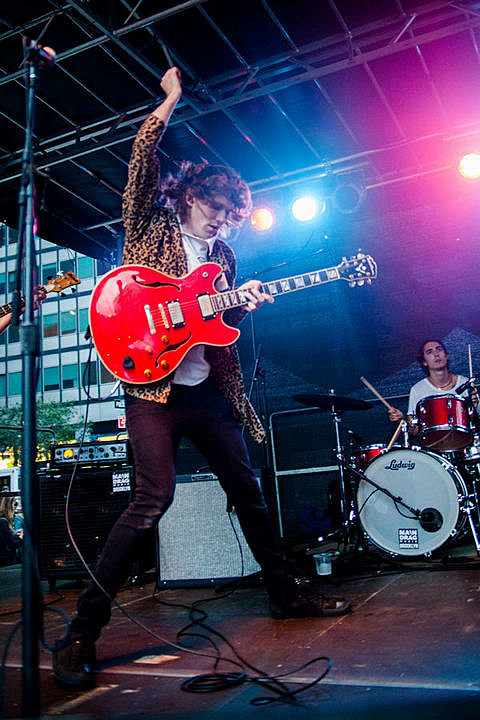 The Mystery Lights, The Yin Yangs, Larry and The Babes @ Alphaville
Party-friendly garage rockers The Mystery Lights are a real blast live, acheiving near Oh Sees levels of energy (though less mic-eating). Their most recent album, At Home With the Mystery Lights, came out in February and is worth checking out, too. But their live show is where it's at.

Modern Vices, Bluffing, Lightning Bug @ Baby's All Right
It's nice when bands name their own genre, sometimes. Chicago's Modern Vices call what they do "dirty doo-wop" which probably has more to do with the sonics than the lyrical content. There's not a lot vocal harmonies in what they do, but there is plenty of raw emotion.