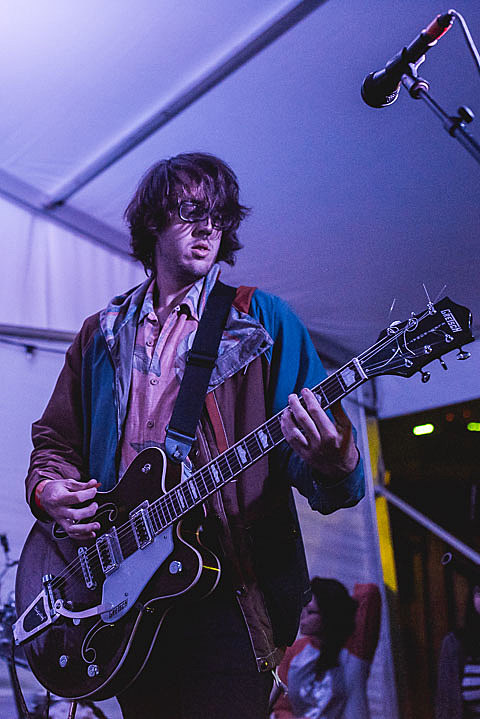 Cloud Nothings, Amanda X @ Music Hall of Williamsburg
Cloud Nothings' blend of indie rock, post-hardcore and noise rock always makes for live shows that are as killer as their great records. This is the first of three NYC-area appearances they're making in the next month, including NYU's Strawberry Fest and Asbury Park's Skate & Surf fest.

Big Sean, Casey Veggies @ Starland Ballroom
BIg Sean's newest album, Dark Sky Paradise, is being hailed (even by his former haters) as his best yet, and for good reason. "Blessings" and "I Don't Fuck With You" alone are two of the most memorable pop-rap singles to drop in the past year.

Solstafir, Ancient VVisdom, Alcian @ The Shop
Iceland's Solstafir have black metal roots, but they've been getting increasingly atmospheric and leaning more towards post-rock. Ancient VVisdom, meanwhile, are known for dark acoustic rock but recently began introducing doomy distorted guitars to their sound too.

Richard Thompson @ NJPAC
Folk legend Richard Thompson has been making excellent and influential music since the late '60s in Fairport Convention, with Linda Thompson, on his own, and more. Tonight he's in NJ, and he'll be back in June for a NYC show.

Cleanteeth, Beast Modulus, Blackest, HellKeeper, Dealers @ Saint Vitus
It's a night of local metal including the sludgy Cleanteeth, the hardcore-leaning Blackest and more.

Mary Chapin Carpenter, Lunasa @ Town Hall
Although her most recent album, Songs from the Movie, reimagines tracks from her catalogue as orchestral soundtracks, folk/country vet Mary Chapin Carpenter will be performing acoustic with spare backing tonight.