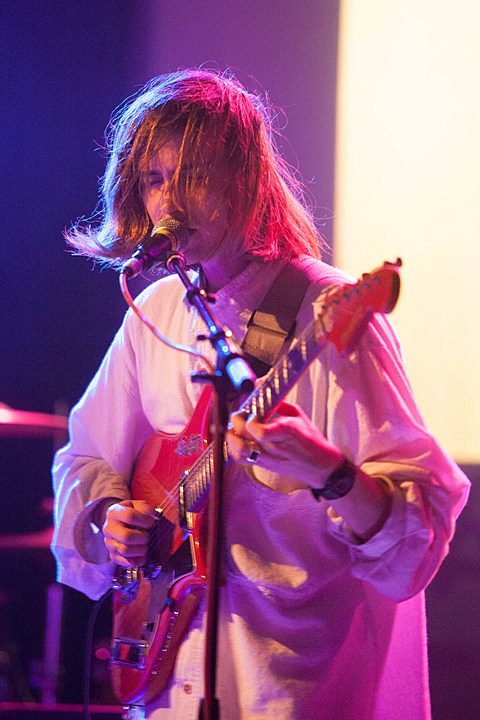 DIIV, Sunflower Bean @ Baby's All Right
DIIV are finally getting around to releasing a new album -- the hard-to-google-and-say Is the Is Are -- and we'll hopefully hear a lot of it tonight at this sold-out warm-up for their upcoming festival tour season.

Ben Folds, yMusic @ Music Hall of Williamsburg
Ben Folds' collaborative new album with classical sextet yMusic still doesn't have a title or release date, but you can hear it tonight, live, when Ben and yMusic play their second of three sold-out NYC shows.

AlunaGeorge, Kali Uchis @ Rough Trade
Electronic pop duo and Disclosure collaborators AlunaGeorge have a new album on the way, and to preview the material they're playing just two US club dates. There's tonight's NYC gig and later this week they're in LA. Sold out.

iLoveMakonnen, Key!, Sonny Digital @ Bowery Ballroom
No jokes about what day of the week it is, but the rapper best known for the inescapable "Tuesday" kicks off a two-night stand in NYC tonight. Both shows are sold out.

Pile, Yazan, Vulture Shit, Captain Wizard @ Baby's All Right
Pile returned this year with their newest album, You're Better Than This (on Exploding In Sound), another dose of their blend of '90s-style indie rock and post-hardcore. They were last here in February, but tonight's their first NYC show since the album's release.

Bellows, Small Wonder, Rivergazer, Sharpless @ Palisades
In celebration of Father/Daughter Records' new compilation, Faux Real II (which has real indie bands covering fictional bands from movies and TV), three of the bands will play a Brooklyn show tonight. Also on the bill is Bellows, who aren't on the compilation but are part of The Epoch collective with Small Wonder and Sharpless.

Empress Of @ Elvis Guesthouse
Empress Of, aka NYC art-pop musician Lorely Rodriguez, will preview music from her forthcoming debut album for XL/Terrible with this five-night stand at Elvis Guesthouse which begins tonight.

Cambodian Rocks @ WFMU Monty Hall
Dengue Fever's Chhom Nimol headlines this evening of music covering the wide range of musical styles coming out of Cambodia in the 60s and 70s. Also performing: members of Baksey Cham Krong, The Drakkar, and the songs of Sinn Sisamouth will be performed by his grandson, Sinn Sethakol.

Speaking of WFMU, today on Brian Turner's show (3-6PM) is the second half of his special dedicated to the mighty Fall. Former members Brix Smith and Marc Riley will call in for the show which will also feature lots of rare live recordings.

The Late Night Disaster with Rob Blatt @ Union Hall
This is a "new variety show dressed up like a traditional late night talk show" and for the inaugural show they've lined up appareances from Jon Glaser, Sarah Screams, Ginny Leise, Soojeong Son, Julio Torres and more.