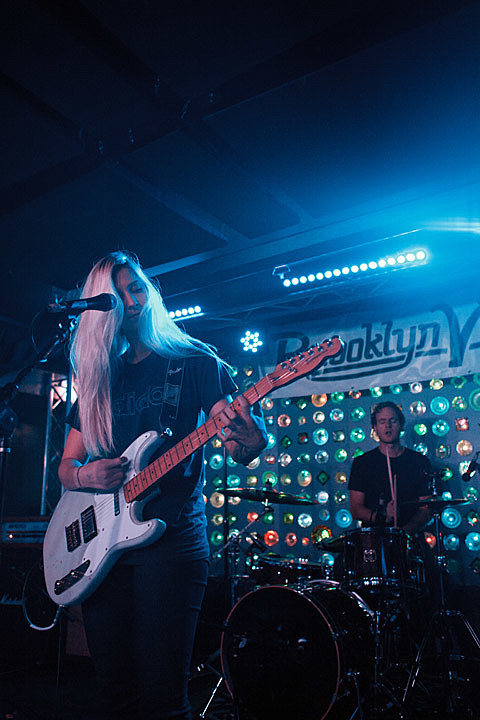 Bully, Slothrust @ Baby's All Right
Nashville's brash, buzzy and melodic Bully just wrapped a tour with JEFF the Brotherhood. Hopefully we'll get some songs from their forthcoming debut album. They'll be back in June for Northside.

Crocodiles, Shark Week, Christines @ Union Pool
Crocodiles launch their tour with Shark Week tonight at this show that doubles as a release party of their new album, Boys. The band stay the course with their post-VU fuzzpop which, if not groundbreaking, always sounds right and is a lot fun live. Local shoegazers Christines open.

The Relationship (mem Weezer), Gringo Star @ The Studio at Webster Hall
Original (and current) Weezer guitarist Brian Bell takes on the role of frontman with his new-ish band The Relationship, who released their newest 7" earlier this month on Burger Records.

Benjamine Clementine @ Bric House
UK singer Benjamin Clementine's hyped debut, At Least For Now, came out earlier this year and it got him called a "male Nina Simone" more than once. He made his US debut at Joe's Pub last night, and plays NYC again tonight.

Crushed Out, Sweet Spirit, The Next Great American Novelist @ Cake Shop
Austin, TX band Sweet Spirit make honest, no-nonsense guitar pop and have caught they ear of Britt Daniel who's taking them out with Spoon on a few West Coast dates. Tonight's their first-ever NYC show. Stream a song below.

Shy Girls, Tei Shi, Young Ejecta @ Bowery Ballroom
If you're going to this sold-out show tonight, try to get there in time for openers: Argentina/NYC/Montreal artist Tei Shi's slinky brand of danceable pop -- and ethereal voice -- have garnered accolades; and Young Ejecta's sultry electropop is cool too.

Jeffrey Lewis, Candy Boys, Phoebe Kreutz, L.A. Boobs, Franzi Kafka, Little Cobweb @ Sidewalk Cafe
NYC anti-folk great Jeffrey Lewis plays his hometown a lot, and where better to see him than returning to his roots at SideWalk Cafe, the venue where he got his start.

The English Beat, The Skints @ Gramercy Theatre
If you aren't too concerned that Dave Wakeling is the only original member of the band, and don't mind hearing General Public songs too (and maybe even "She's Having a Baby"), you'll probably have a good time singing along to "Save it for Later," "Mirror in the Bathroom" and "Tenderness."