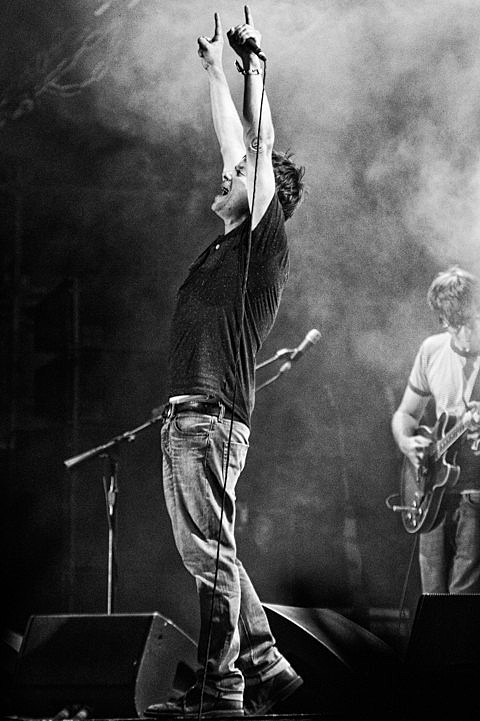 Blur, Honduras @ Music Hall of Williamsburg
Blur are full of surprises this year -- a terrific new album, The Magic Whip, and now this, their first NYC show with Graham Coxon in 15 years. They're playing the new LP in full (and hopefully a few oldies). Doors are at 5 PM with Honduras playing at 5:45 PM, so arrive early (if you managed to get tickets, they don't guarantee entry, it's still based on capacity). And let's hope they announce a proper tour soon. For those who do make it in, this should be a woohoo time.

Eric Clapton, Andy Fairweather Low @ Madison Square Garden
Eric Clapton is nothing short of a legend, with influential material recorded with Cream, Derek & the Dominoes, Blind Faith, The Yardbirds, John Mayall & the Bluesbreakers, and in his lengthy solo career. Tonight's the first of two MSG shows this weekend, in celebration of his 70th birthday.

Four Tet b2b Floating Points @ Sugarhill Disco
IDM mastermind Four Tet and jazzy UK bass producer Floating Points are teaming up once again to DJ together in NYC tonight. Like last night, it starts at 10 PM and they're going all night (no opener).

Life of Agony @ The Wick
Life of Agony haven't played NYC, let alone Brooklyn, in a very long time, but after returning last year for a NJ show with Mina (formerly Keith) Caputo on vocals, they're finally ready to do it again this week. Tonight's their first show at The Wick, and they do it again tomorrow too.

Action Bronson, DJ Alchemist, Meyhem Lauren @ Starland Ballroom
Action Bronson returned this year with a new album, Mr. Wonderful, which has him in typically solid form. Tonight's a good bill all around.

Juan Wauters, Homeshake @ New York University
The onetime Beets frontman releases his terrific new album, Who Me?, next week. Today he plays a free show with Homeshake that is free and open to the public.

The Muscadettes @ Maxwell's
Montreal's shouty duo The Muscadettes are here to have fun and make sure everyone else does too. Like early B-52's or Fuzzbox, they're in the same vein.

So Percussion, Miya Masaoka, Brothers Balliett @ BRIC House
Now in its 14th year, the annual Look & Listen Festival showcases the best of contemporary classical music in a visual art setting. The night's headlined by the So Percussion ensemble. This should be pretty cool.