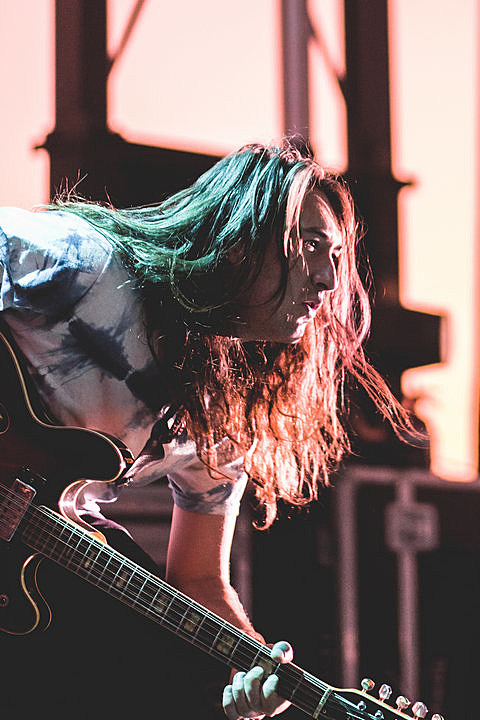 Mikal Cronin, William Tyler @ Bowery Ballroom
Mikal Cronin just released his most ambitious album yet, the string-laden MCIII whose second side is a concept suite. At the core, though, is his impressive pop smarts and songwriting. Help him celebrate tonight with his ace band.

Todd Rundgren @ Highline Ballroom
Pop chameleon and certified eccentric Todd Rundgren plays two shows at Highline this week, with a mininal backing of Dâm-Funk and two backup singers. Will you see the light?

Hop Along, Crying, Thin Lips @ Rough Trade
Hop Along have been gradually been gaining a strong following since 2012's great Get Disowned, and the just-released Painted Shut (their first for Saddle Creek) totally lives up to all the hype its earned. Tonight's their first of two NYC shows on their tour in support of it. Opening is another hard-hitting Philly indie rock band Thin Lips, and the chiptune/Rush lovers Crying.

Elder, Kings Destroy, Apostle of Solitude, Clamfight @ Saint Vitus
Traditional-style doomers Elder don't reinvent the wheel on their new album, Lore, but they do it so well that it doesn't matter if a little influence is showing. Tonight they're joined by another group of retro riffers, Kings Destroy, Indiana's Apostle of Solitude (ex-Gates of Slumber), and Philly's sludgy Clamfight.

Weeknight, Courtship Ritual, Aircrafting @ Union Pool
For those who like it dark and moody, this show is a good bet with the lonely highway synthrock of Weeknight and Courtship Ritual's sultry slink.