photo: Hop Along at Saint Vitus in 2014 (more by Amanda Hatfield) 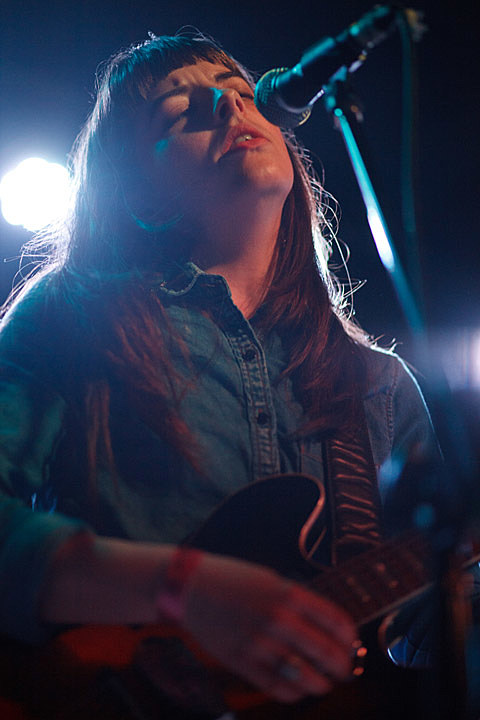 Hop Along, Thin Lips @ Baby's All Right
Hop Along have been gradually been gaining a strong following since 2012's great Get Disowned, and the just-released Painted Shut (their first for Saddle Creek) totally lives up to all the hype its earned. Tonight's their second of two NYC shows on their tour in support of it. Opening is another hard-hitting Philly indie rock band Thin Lips.

Fred Thomas @ Elvis Guesthouse
Saturday Looks Good To Me frontman Fred Thomas took the solo route this year, releasing All Are Saved (on Polyvinyl), a stripped-down, confessional record that's full of quotable lyrics. Tonight's his first of two NYC shows on this tour.

Bang, Ruby The Hatchet, Blackout, Mirror Queen @ The Shop
'70s proto-metal band Bang played their first-ever NYC show in 2014 and returned later that year to open for Pentagram. Now they're back once again, and tonight's show is with support from three newer bands who owe a lot to the hard rock scene Bang came from.

Yoni Wolf (of Why?), Serengeti, Stranger Cat @ Knitting Factory
Yoni Wolf of alt-rap/indie rock band Why? is in solo mode tonight, and opening is his likeminded pal Serengeti. Also on the bill is Cat Martino's electronic pop project Stranger Cat.

Lucy Wainwright Roche & Suzzy Roche @ Highline Ballroom
Celebrate Mother's Day with The Roches' Suzzy Roche and her daughter, Lucy (whose dad is Louden Wainwright). While we're thinking of it, Don't forget to call your mom.