photo: Passion Pit at MSG in 2013 (more by Dominick Mastrangelo) 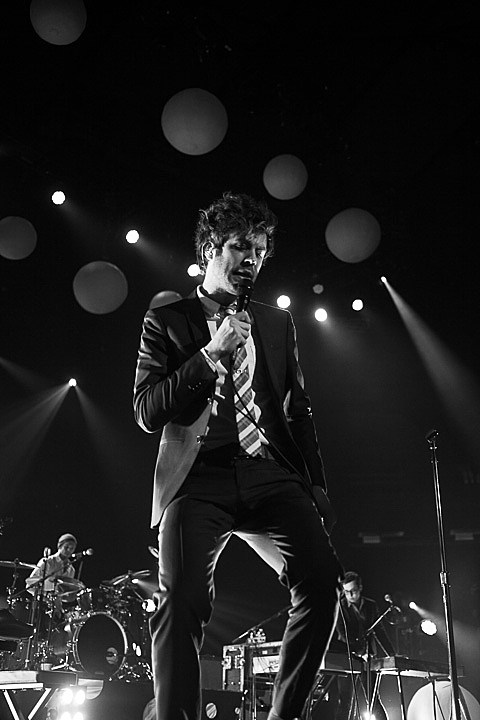 Passion Pit, Holychild @ Kings Theatre
Passion Pit's new album may be a bit safer than their other material, but it's still Passion Pit and tonight's show should be loaded with undeniable songs. Sold out.

Azealia Banks, Strange Names @ Irving Plaza
Azealia Banks surfaced back in 2011 with her unstoppable hit "212," and though it took her three years to get out her debut album, it was well worth the wait. Tonight's her first non-Fashion Week/formal party-type NYC show since her 1 AM set at Bowery Ballroom in 2012.

Les Big Byrd, BNLX @ Baby's All Right
Featuring members of The Cezars and Teddybears, Sweden's Les Big Byrd make killer motorik, shoegazy psych. This is their first NYC show and share the bill with Minneapolis' fun noisepop band BNLX. If a midnight start is a little late for a Monday for you, both play Cake Shop on Tuesday as well.

Surfer Blood, Turbo Fruits @ Music Hall of Williamsburg
Like JEFF the Brotherhood, Surfer Blood quickly followed indie success with signing to Warner Brothers, only to find it not such a good fit and back on their own. Their Joyful Noise-released new album, 1000 Palms, is out this week and tonight's the record release show.

Quarterbacks, Fred Thomas, Fraternal Twin, Generifus @ Palisades
Saturday Looks Good To Me frontman Fred Thomas took the solo route this year, releasing All Are Saved (on Polyvinyl), a stripped-down, confessional record that's full of quotable lyrics. Tonight's his second of two NYC shows on this tour, and it's a pretty good lineup all around.

Jessica Pratt, Jaye Bartell @ WFMU Monty Hall
If you're looking for modern artists keeping alive late '60s / early '70s psychedelic folk, few do it better than Jessica Pratt. Tonight she's in NJ, followed by a sold-out NYC show tomorrow at Union Pool and a larger one in June at LPR.