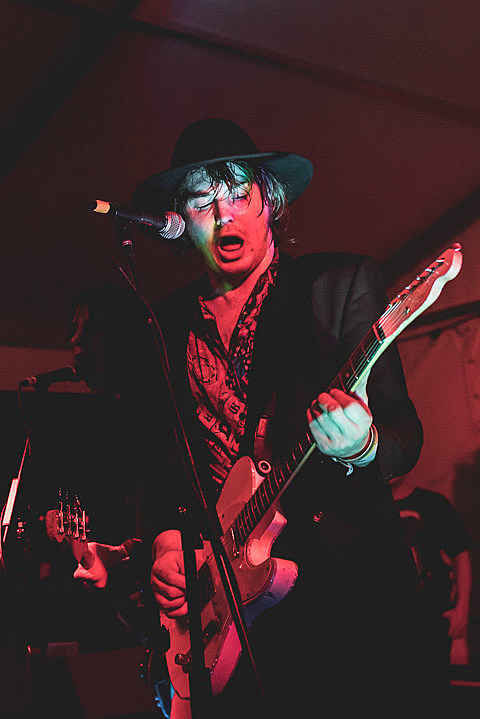 FKA twigs @ Brooklyn Hangar
FKA twigs has always incorporated dance and fashion into her persona, but apparently these three shows at Brooklyn Hanger are going to be more that a concert. Titled "Congregata," she says they're "an insight into my mind, my roots, my inspirations. a swelling conceptual performance using dance, performance and my music to date to create a world that I want you to share with me." Sold out.

Encapsulate, Pleasure Korps, Soren, Deep Pill, Horoscope @ Trans-Pecos
Marshstepper just did their thing at Output last week, and tonight the members play NYC again (separately) for this showcase presented by the Ascetic House collective that they're part of. Jes from Marshstepper is in Pleasure Korps with Chris from Ligature/Warthog/etc, and the other half of Marshstepper is Encapsulate. Elsewhere on the bill is Arizona's Deep Pill and NYC's Soren and Horoscope.

Bobby Rush @ BB King's
Blues veteran Bobby Rush has been active since the '60s, and tonight he plays a tribute to the great BB King, who we lost last week, at his namesake venue.

Chris Brokaw + Tim Foljahn @ HiFi Bar
You may know him as the drummer in Codeine and the guitarist in Come (and playing in Wrekmeister Harmonies, and The New Year), but Chris Brokaw makes music on his own as well, like this year's instrumental The Periscope Twin.

Chris Gethard @ UCB Chelsea
Chris Gethard, whose cable show launches soon, performs an hour of stand up "focusing on suicide, alcoholism, and all the other funniest parts of life."