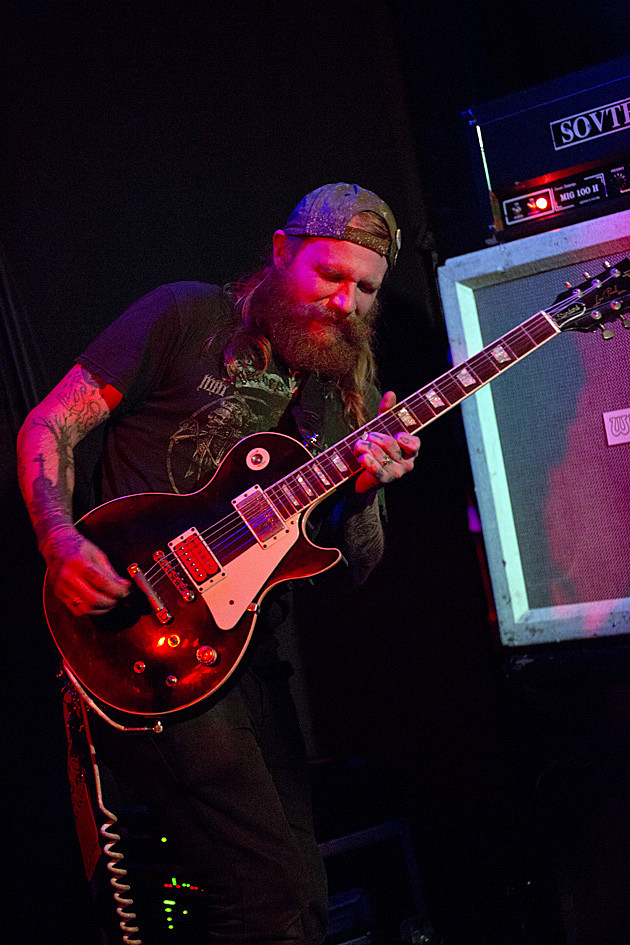 Samothrace, Unearthly Trance, Trenchgrinder, Beefrot @ Saint Vitus
Seattle sludgesters Samothrace's most recent release is this year's Live At Roadburn, which is worth picking up, but of course nothing beats actually seeing them live. You can do that tonight, and this show is also of note because it's the first show back for Brooklyn faves Unearthly Trace since going on hiatus in 2012.

Face to Face, Ambitions @ Bowery Ballroom
It's the third and final night in Face to Face's NYC run, and tonight they'll be playing their 1996 self-titled LP in full. Support comes from Ambitions, the melodic hardcore band formed out of the ashes of With Honor in the mid-2000s whose only album is 07's Stranger on Bridge 9.

Treasure Fleet, Shellshag, Big Eyes, Past Life @ Saint Vitus
Treasure Fleet include members of The Arrivals, The Lawrence Arms and The Smoking Popes, and they inject their punk background with a dose of '60s psych pop. Tonight's their last of three NYC-area shows this weekend, and there's excellent support from local DIY regulars Shellshag and hard-hitting punk trio Big Eyes.

Gracie, Blonde Elvis, Shark?, Gingerlys @ Palisades
Jesse James Laderoute is a maintstay in the quirkier side of Toronto's music scene, having played drums for Slim Twig, collaborated with Ell V Gore, and his own band Young Mother. His current concern is Blonde Elvis who make off-kilter glam somewhere between Brian Eno and Pulp. This is an all-around good bill with Shark?'s '90s-ish indie rock and jangly shoegazers Gingerlys.

Mary Epworth @ Living Room
Mary Epworth is, at this point, known mostly for being the sister of producer Paul Epworth, who has worked with Adele, Florence & the Machine, Bloc Party and more. That may change as her 2012 debut album, Dream Life, gets a very belated US release this week. Her blend of baroque pop and West Coast folky psychedelia is appealing.

Daniel Bachman, Ignatz, Itasca, Sarah Louise @ Union Pool
Speaking of guitar wizzes, American Primitivism musician Daniel Bachman is one himself, and he headlines this Union Pool show tonight. It's worth getting there for Itasca, who makes psych folk reminiscent of Vashti Bunyan, Sibylle Baier and other '60s/'70s cult singers.