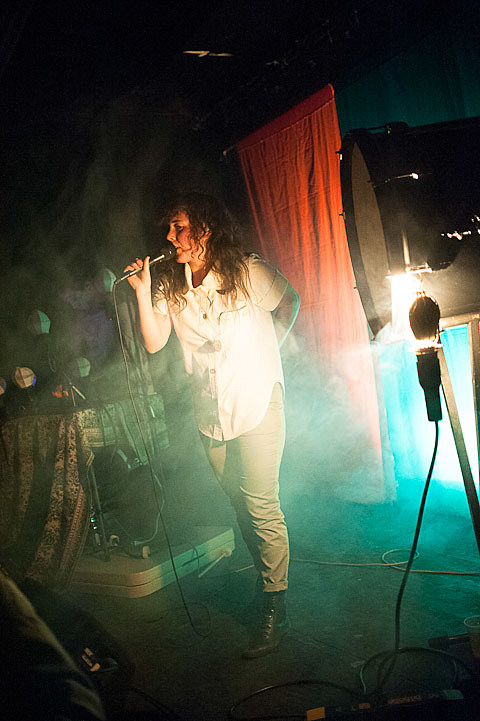 The Tallest Man On Earth, Hiss Golden Messenger @ Music Hall of Williamsburg
The Tallest Man On Earth's new album has him experimenting with more complex arrangements than his usual voice/guitar setup, and to reflect that live, he's currently on his first-ever tour with a full band. Tonight's the first of two NYC stops with opener Hiss Golden Messenger, who is not to be missed.

Scarface @ Red Hook Park
Tonight's the first hip hop show of SummerStage's 2015 season, which take place at various venues through NYC. This one's at Red Hook Park, and it's headlined by the legendary Scarface, who's got classic albums both on his own and as a member of Geto Boys.

Tamaryn, Cities Aviv, A Place Both Wonderful and Strange @ Saint Vitus
Tamaryn's forthcoming third album turns down the hazy guitars and turns up the synthesizers. She still sounds like she coulda been signed to 4AD in 1989, just a different part of their catalog.

Roman a Clef, Cassandra Jenkins, Mrs. Adam Schatz @ Union Pool
Featuring Ryan Newmyer and Jen Goma of A Sunny Day in Glasgow and Kurt Feldman of Ice Choir, Roman a Clef recall the mid-'80s romanticism of Prefab Sprout and... more Prefab Sprout. But they do it very well and their debut album, Abandonware, is quite good. Tonight is its release party.

The Early November, Lydia, Restorations @ Bowery Ballroom
The Early November returned this year with a new album, Imbue, which is a bit more on the epic side than their earlier material (which lives up really well). If you're going tonight, get there on time for Restorations, whose singer/songwriter-tinged punk is very good.

Heat @ Elvis Guesthouse
With a sound somewhere between the Jesus & Mary Chain and The Strokes, Montreal band Heat are equal parts hooks, melody and attitude.

Mumford & Sons, The Maccabees, Son Little @ MCU Park
Mumford & Sons abandoned their folk pop style on their new album for something a little more Coldplay-esque. On the other hand, The Maccabees' new single seems to suggest they're returning a bit to their more rocking roots. Tonight's their first of two shows at Coney Island's MCU Park.

Filed Under: Aparna Nancherla
Categories: Music News, What's Going on Tonight in NYC
Comments
Leave A Comment
Back To Top