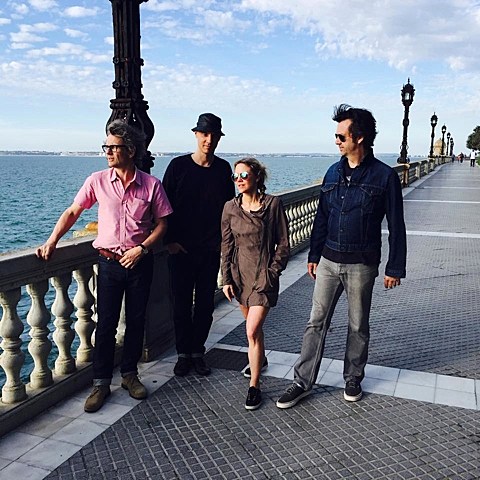 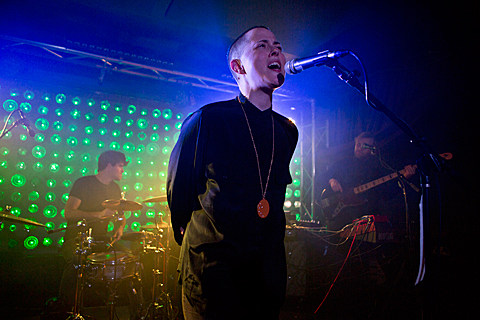 The Northside Festival's four-day takeover of North Brooklyn is in full swing today with basically every venue in Williamsburg, Greenpoint and Bushwick involved. There are lots of shows but we've highlighted our picks here -- noted by the "(Northside)" in the event name. You can browse our full NYC show calendar for all of tonight's shows.

Luna, Chris Forsythe & the Solar Motel Band @ McCarren Park (Northside)
It's been 10 years since Luna last played NYC so it's nice that their return is a free outdoor show where their mellow sound can soundtrack the the sunset. RSVP closes at noon!

HEALTH, ITAL, Show Me The Body, Pictureplane (DJ Set) @ Baby's All Right (Northside)
HEALTH's major label debut, Death Magic, is on the way, and from the sound of its new single the noise pop band is embracing the "pop" side of that genre more than ever before. Good openers on tonight's show too.

Duck Down BBQ w/ Buckshot, Smif N Wessun, Sean Price & Rock of Heltah Skeltah, Kirk Knight & CJ Fly of Pro Era, Chelsea Reject, Raz Fresco, Young M.A, DJs Statik Selektah and Mr. Green @ Betsy Head Memorial Park
Once again, local hip hop label Duck Down is throwing a big free party with a bunch of their artists and other talented friends, and the show will have free food and gear as well. Like last year, BrooklynVegan is proudly one of the sponsors.

Bad Religion, Plague Vendor @ Bowery Ballroom
Punk veterans Bad Religion are on night 3 of their four-night stand in NYC tonight, and tonight's show has them playing all 20th century material. Tomorrow they do 21st century songs to wrap up the run. The much newer but also great Epitaph punk band Plague Vendor opens all shows.

Sinkane, Ryan Rahseed @ 501 Union St
Ahmed Gallab will be bringing back the Atomic Bomb: Who is William Onyeabor? show to Bonnaroo this weekend but he'll be warming up his musical juices at this show tonight.

Jacco Gardner, Nap Eyes @ Rough Trade (Northside)
Jacco Gardner recrates the mushroom tea psychedelia of 1967, almost as if he's got a time machine or has extracted genes from amber. Melotrons, harpsichords, strings and earth tones abound, and he's a talented songwriter in addition to getting the sonics right.

The Business, Gangway!, Radio Daze @ Saint Vitus (Northside)
Oi! punk vets The Business are known for putting on wild shows, and tonight's should be no exception.

Charly Bliss, Wildhoney, Beverly, Expert Alterations, The Spook School, Raindeer, Cloud Cover, Diet Cig @ Alphaville (Northside)
This is the Kanine Records Showcase which is the place to be tonight if you have any inclination towards hazy indiepop, with the sweet spot being the run from Scottish band The Spook School through Baltimore's terrific Wildhoney.

Ringo Deathstarr, RIG 1, Armstrong Leigh, New Myths, Casual Strangers @ Grand Victory (Northside)
There is no shortage of shoegaze bands these days -- either OG bands who've reformed or new bands influenced by them -- but Austin trio Ringo Deathstar do it better than most.

Tall Juan, Johnny Aries, Sharkmuffin, Ludlow Ejacula, The Britanys, Whitewash @ The Gutter (Northside)
Originally from Buenos Aries, Argentina, Tall Juan has been making music in NYC for a couple years now, and you may have seen him playing with another Juan (Wauters) at shows recently (and as part of The Beets). Like Wauters, he makes ramshackle, garagey folk-pop.

Femi Kuti (and The Positive Force), EMEFE, DJ Greg Caz @ Brooklyn Bowl (Northside)
The eldest son of Afrobeat legend Fela Kuti, Femi is a great musician in his own right, having made records since the late '70s and is equally dedicated to social/political activism.