photo: Built to Spill at Coachella 2015 (more by Samantha Saturday) 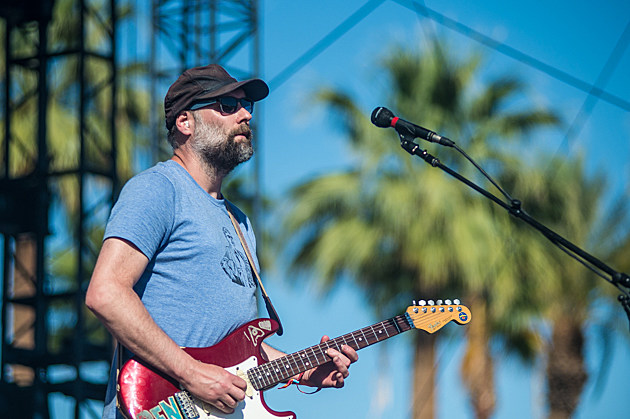 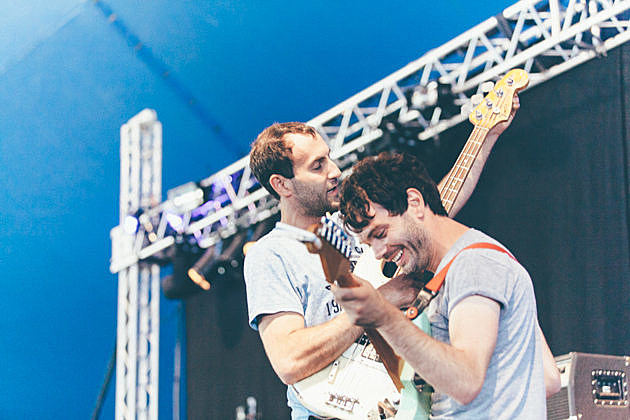 The Northside Festival's four-day takeover of North Brooklyn is in full swing today with basically every venue in Williamsburg, Greenpoint and Bushwick involved. There are lots of shows but we've highlighted our picks here -- noted by the "(Northside)" in the event name. You can browse our full NYC show calendar for all of tonight's shows.

Against Me!, Mitski, Cayetana @ McCarren Park (NORTHSIDE, day show)
This show happens during the day, it's totally free (RSVP is still open), and it's got a great lineup all around. Reinvigorated punks Against Me! headline, and support comes from two indie rock newcomers, Brooklyn's Mitski and Philly's Cayetana.

Best Coast, Built To Spill, Alvvays, Bully @ 50 Kent (NORTHSIDE)
This one's pretty cool all around with Best Coast, who recently put out their poppy major label debut, indie veterans Built to Spill, who returned with their high quality eighth album this year, jangle pop breakouts Alvvays, and a second set of the day from Nashville rockers Bully.

Blonde Redhead, Christopher Bear & Aaron Arntz @ Warsaw (NORTHSIDE)
Indie vets Blonde Redhead have made dream pop, noise rock, electronic pop, and more in their 20+ year career, and they continue to be great, both in the studio and on stage. Tonight's their first of two hometown NYC shows on their current tour.

Pusha T, Vince Staples, DJ Envy @ House of Vans
Clipse member and Pusha T made his official debut as a solo artist in 2013 with the well-received My Name Is My Name, and he's planning to put its followup out this year. Rising rap star of the moment Vince Staples opens, making this a great double bill.

Viet Cong, Girl Band, American Wrestlers @ Music Hall of Williamsburg (NORTHSIDE)
While there are definite echoes of Gang of Four, Wire, Neu!, Joy Division and other postpunk/kraut influences, Viet Cong don't really sound like any of them. It's a weird, complex blend of those things, put through a kaleidoscopic lens filter that's best experienced live. This is their first of two Northside shows with intense Irish group Girl Band.

PINS, Doomsquad @ Rough Trade (NORTHSIDE)
Manchester quartet PINS released their second album, Wild Nights, this week via Bella Union and it's a marked step up from their debut. If there's a little less sneer and snarl this time, it's in exchange for better songs and smoky, brooding atmosphere.  They play tonight with Toronto's funky Doomsquad.

Dax Riggs, Isadora @ Mercury Lounge
Dax Riggs will always be known in some circles for his work in the influential '90s sludge band Acid Bath, but he's gone on to an extremely impressive career since -- his discography includes work with both Agents of Oblivion & Deadboy & the Elephantmen, along with a string of more recent solo efforts. Riggs's otherworldly voice has only improved with age, and his acoustic solo shows are arguably the best showcase available for his talents

Holly Miranda, Coastgaard @ Knitting Factory (NORTHSIDE)
Holly's celebrating the release of her new, self-titled album tonight at this Northside show. Any chance to hear her ethereal voice should be taken.

DJ Premier (with live band), Orchestra Holistic @ Brooklyn Bowl (NORTHSIDE)
Legendary rap producer DJ Premier was back in the spotlight last year thanks to his excellent Royce da 5'9" collaboration, PRhyme, and tonight he's teaming up with a full band for a live Brooklyn show.

Lucius, Luke Temple, Pavo Pavo @ Prospect Park
If you'd like a night of poppy, relaxed indie, pretty much everyone on this lineup will be just what you're looking for.

Shigeto, Michna, Lord Raja @ Knitting Factory (NORTHSIDE)
If you'd like to dance all night after your regular 8 and 9 PM shows are done with, one option is heading to Knitting Factory for Shigeto, and...

DJ Spinn, RP Boo, TRAXMAN, Total Freedom, Tripletrain @ Palisades (NORTHSIDE)
...another option is heading to Palisades for this lineup made up mostly of footwork greats, or...

Embrace, Starsailor @ Webster Hall
Flashback to the early '00s Britpop days when all bands seemed to be aping Radiohead's anthemic style. Tonight features two bands who were UK chart mainstays back then.