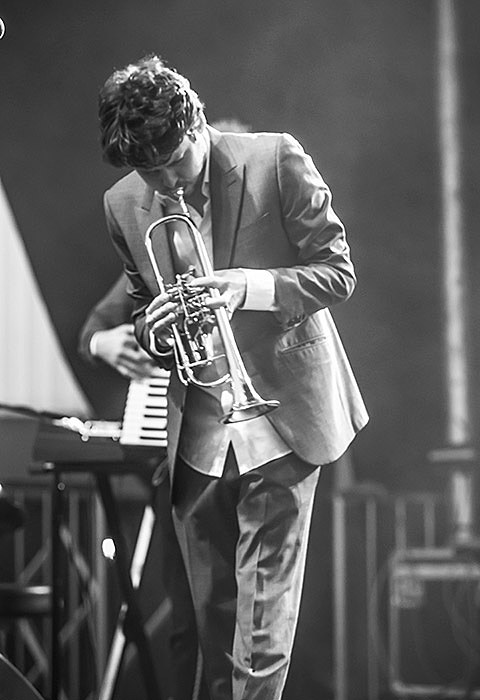 Beirut @ Bowery Ballroom
Beirut's new album, No No No, isn't out till September but those who managed to get tickets will get an early preview in intimate confines.

Make Music NY
Make Music NY is back for an ninth year, celebrating the spirit of live music all over NYC on Sunday, June 21. In addition to many acts playing on street-corners, parks and other public locations, as usual, there are a number of special events, all of which are free: mass concerts with ukuleles and theremins, buildings used as percussion instruments, concerts in graveyards and lots more.

Punk Island @ Staten Island Pier 1
Part of MMNY, this free festival features 100 punk bands from all over the world, playing across seven stages on a pier in Staten Island.

D'Angelo and The Vanguard, Gary Clark Jr. @ Forest Hills Stadium
Neo-soul great D'Angelo may take a very long time releasing albums, but it's always worth the wait because the three that he has are masterpieces. That includes 2014's Black Messiah.

Bang On A Can Marathon @ The Winter Garden at Brookfield Place
Ten hours of continuous, boundary-stretching music, including brass band covers of Pixies songs, So Percussion performing with Nels Cline and Bobby Previte and the US premiere of the Glenn Branca Ensemble's "Ascension Three." Noon - 10 PM, free, and you can also watch it online.

Clearwater Festival @ Croton Point Park (Hudson, NY)
One of the most chill, pleasant festival experiences to be had, Clearwater takes place along the Hudson River in Croton-on-Hudson, NY. Today's lineup includes The Felice Brothers, Guster, Ani DiFranco, Bettye LaVette, The Blind Boys of Alabama, and more.

Christopher Owens, EZTV, Overlake @ Mercury Lounge
The onetime Girls frontman dropped new album Chrissybaby Forever on us out of the blue and was a nice return to the kind of back-to-basics guitar pop Owens is really good at. Openers for this show are good too: EZTV make early-'80s style janglepop and Overlake specialize is melodic, shoegazy fuzz.

RVIVR, War on Women, Arm Candy, Rips @ Palisades
Two socially/politically conscious punk bands, RVIVR and War On Women, team up for what's sure to be a ripping show. Good local support too.

Tim Kinsella, Jimmy Whispers, High Life
Emo and experimental rock veteran Tim Kinsella has a lot planned for this year, as he's Joyful Noise's Artist In Residence. Maybe that means we'll hear some new music tonight, and hopefully some stuff from his other bands too (Joan of Arc, Cap'n Jazz, Owls, etc).

Blood Orange, Flat White (DJ Set) @ MoMA
Part of the Yoko Ono exhibit at MoMA, this is a sunrise 50th anniversary celebration of her Morning Piece (1964) to George Maciunas. Blood Orange will perform new music at this show. It starts at 5:25 AM, and is over by  8 AM, so chances are it's already over by the time you read this. Also it's sold out.

The Game's The Documentary 10th anniversary show that would have happened at BB King's tonight has been cancelled. Refunds available.

It's the first day of Summer, and it's also Father's Day, so don't forget to call, visit or remember your dad!