Fucked Up in London in May (more by Rachel Juarez-Carr) 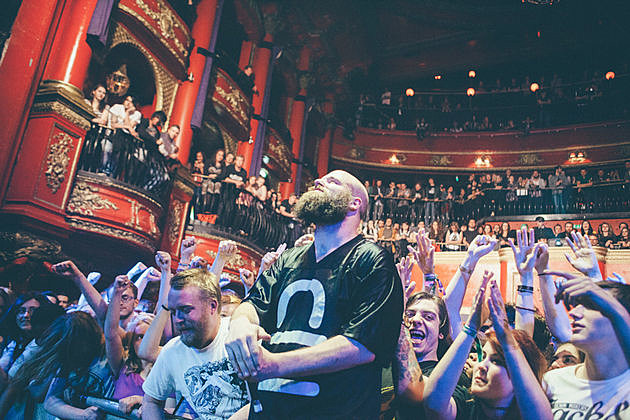 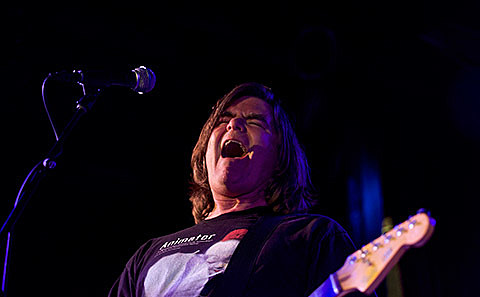 Fucked Up, DOOMSQUAD @ The Wick
In addition to their full lengths, Fucked Up's ongoing 'Zodiac' single series ignores all boundaries of hardcore (for example, their new single has a 20+ minute song and elements of psychedelia). Their current tour is in support of that single series, and openers DOOMSQUAD are joining them on stage for some songs.

Great Lake Swimmers, Vandaveer @ Bowery Ballroom
Toronto's Great Lake Swimmers offered up another dose of their indie folk rock on this year's A Forest of Arms. They were in NYC early last month, and they return tonight.

The Adolescents, The Weirdos, All Torn Up, Electric Frankenstein @ Gramercy Theatre
This is a pairing of two West Coast punk greats, Adolescents and The Weirdos. The bands' lineups aren't exactly the same as back then, but they both have a couple constant members and this show should still be pretty wild.

Jessica Pratt, Ryley Walker @ Le Poisson Rouge
If you like late '60s / early '70s psychedelic folk, few 2015 albums capture that sound better than the ones by Jessica Pratt and Ryley Walker. Jessica has a hushed style, not unlike Vashti Bunyan or Sibylle Baier, while Ryley is jazzier and jammier, similar to The Pentangle.

Wolvserpent, Fell Voices, Anicon @ Saint Vitus
It's the first night of the three-night Stardust festival at Saint Vitus, which brings a handful of diverse and awesome metal bands together for the weekend.

'Paris is Burning' screening @ Prospect Park
To quote the event description: "BRIC's screening of the Sundance Grand Jury Prize-winning documentary Paris Is Burning will feature an introduction by director Jennie Livingston and by Junior LaBeija and Dr. Sol Williams Pendavis, both of whom are featured in the film. Before the screening, fellow Paris Is Burning cast members Grandfather Hector Xtravaganza and Jose Disla Xtravaganza present The Houses United Ball: Celebrating Brooklyn, which will feature members of the Houses of LaBeija, Ninja, Mizrahi, Khan, Infinity, Milan, Princess and Xtravaganza. Vjuan Allure will DJ before and during the ball." Part of Pride Week.

Pansy Division, Youth Quake, Bottoms @ Bowery Electric
Openly-gay pop punk band Pansy Division put a handful of records out on the venerable Lookout! Records in the '90s, and they keep that sound alive today (their most recent record was 2009's That's So Gay on Alternative Tentacles).

Action Bronson @ The Paramount (Long Island)
Action Bronson keeps the sound of '90s hip hop alive and well, most recently on this year's Mr. Wonderful. Tonight, the Flushing, Queens rapper plays just outside of his hometown.

The Soul Rebels #RebelJam ft. Rakim, Slick Rick, Styles P, Sheek Louch, Eric Krasno & surprise guests @ Blue Note
After the Robert Glasper shows, many of the performers at tonight's Radio City show are heading over to the Blue Note to join The Soul Rebels for a 12:30 AM jam sesh.

Del Close Marathon
The Upright Citizens Brigade's annual around-the-clock improv onslaught brings unscripted laughs to a multitude of venues this weekend. You can buy a $35 wristband at UCB Chelsea starting today at noon, and that gets you into every show (based on capacity). 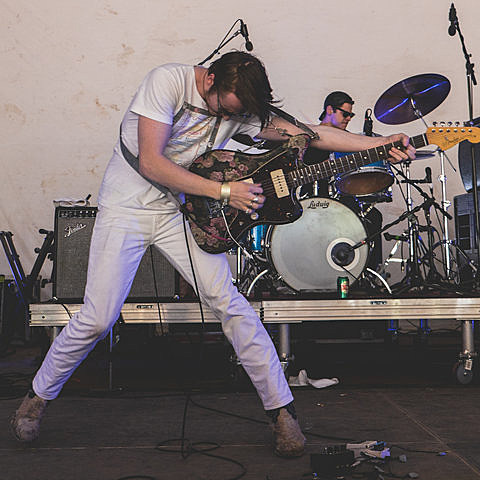 Destruction Unit, Vanity, Shredded Nerve, Live Drum Punishment @ Palisades
Thee Oh Sees frontman John Dwyer has said, "I believe Destruction Unit to be one of the most important underground bands in America," and if you've seen them live it's easy to see why. They balance punk and psychedelia to the point where you're not sure if you should zone out or flail your body around, and no one time seeing them is like the next.

Diet Cig, Heathers, Gingerlys, Mercury Girls @ Cake Shop
Cake Shop liked the idea of the "Super Show" they did for their 10th anniversary, they're continuing them on a monthly basis, featuring bands they really love.

Desaparecidos, Bandroidz @ Rough Trade
Before Ty: Conor Oberst put out his best album in ten years with the new Desaparecidos album. Unlike his recent folk and country affairs, this is a real-deal punk album, so it should be a blast to hear in a tightly-packed small venue like this one.

Horse Meat Disco, House of Stank, DJ Spun, Mystic Bill @ Output
This London-based four-man DJ collective are known for finding pearls in bins of forgotten disco 12", having released a series of acclaimed compilations. Their real expertise comes into play at their DJ gigs, though. Just trust their taste...and the beat.

Mission of Burma, Megafauna @ The Bell House
One of the most influential American indie/punk bands of the '80s (Signals, Calls, and Marches and Vs. are stone-cold classics), the band continue their mission (sorry) today with strident vigor. They're still great.

Jack Oblivian, The Sheiks, Gozer @ The Grand Victory
Garage punk legend Jack Oblivian hits town with fellow Memphis band The Sheiks for what should be a real good time.

I Love the '90s @ Le Poisson Rouge
While Screech is in prison,  Saved by the Bell's Mr Belding (aka actor Dennis Haskins) will be partying at this '90s nostalgia party.