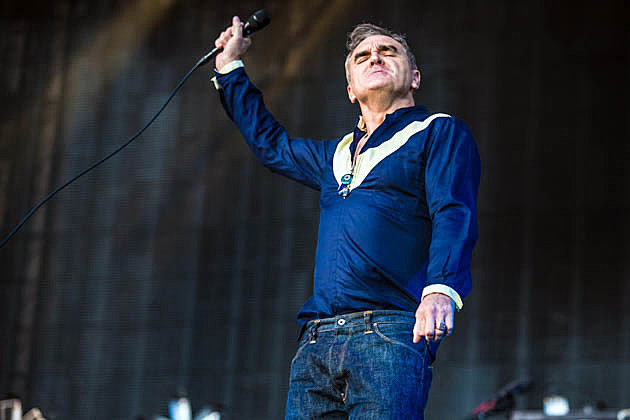 Contemporary Color in Toronto earlier this week (photo via @liveinlimbo) 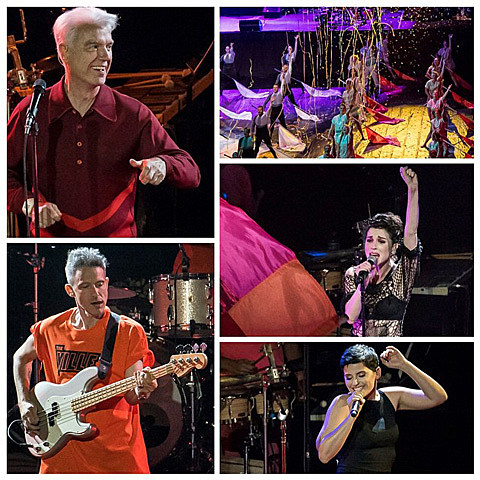 Rush @ Prudential Center
Rush have officially been a band for four decades, and in that time they've made challenging prog, blissful pop, and covered a lot of the ground in between. They're celebrating the 40th anniversary of this fruitful career on their current tour, which is just outside of NYC tonight and comes to MSG on Monday.

No Joy @ Rough Trade (1:30 PM)
No Joy's new album, More Faithful, is a great example of the possibilities still open within the shoegaze genre, making for an extremely satisfying listen. Live, they still turn things up to tinnitus-levels. This is a FREE afternoon show and the first 10 people through the door get a copy of More Faithful on cassette.

Destruction Unit, Cheena, Beech Creeps @ Union Pool (2 PM)
To quote Thee Oh Sees frontman John Dywer, Destruction Unit are "one of the most important underground bands in America," and seeing them just once can prove why. And with this band, seeing them a second time is often an entirely different experience. So even if you caught them at Palisades last night, it's worth getting to Union Pool this afternoon. Good openers too.

Broken Water, RIPS, Grooms @ Union Pool
You can just make a whole day of it at Union Pool: Olympia, WA's Broken Water seem caught between two worlds, though both could've existed in 1993. They have a fuzzy, pop side, as well as an aggressive, grungy punk side. They seem to like the dichotomy, and both sides can be heard on their new album,Wrought. Get there early for Brooklyn's terrific Grooms.

Tigers Jaw (acoustic), lowercase roses @ Le Poisson Rouge
Tigers Jaw made one of our favorite albums of last year with Charmer, and as their new acoustic album proves, those songs sound pretty great stripped down. That's how they'll be performing tonight. Opening is lowercases roses, aka Matt Scheuermann of The Sidekicks, who has a somber acoustic sound himself, somewhere between early Death Cab and The Microphones.

Pachanga Boys, Eclair Fifi, Samantha Urbani, Amnesia Scanner, The Black Madonna @ MoMA PS1 (Warm Up)
MoMA PS1's Warm Up series brings forward-thinking electronic music to the venue every Saturday afternoon for the whole summer. This is the first one of 2015, and the artist of the moment on this bill is Dev Hynes associate/former Friends singer Samantha Urbani, whose solo singles have been picking up buzz lately.

Tombs, Black Anvil, Svart Crown, Vorde @ Saint Vitus
It's the second night of the three-night Stardust festival at Saint Vitus, which brings a handful of diverse and awesome metal bands together for the weekend.

Oshun, Princess Nokia, Mal Devisa @ C'mon Everybody
College-age duo Oshun blend neo-soul, hip hop, and a strong political message on their debut mixtape, ASASE YAA, which sounds like the work of seasoned musicians. It's great stuff, and here's a chance to see it performed live.

Fucked Up, Doomsquad @ WFMU Monty Hall
In addition to their full lengths, Fucked Up's ongoing 'Zodiac' single series ignores all boundaries of hardcore (for example, their new single has a 20+ minute song and elements of psychedelia). Their current tour is in support of that single series, and openers DOOMSQUAD are joining them on stage for some songs.

The Adolescents, The Weirdos @ Asbury Lanes
This is a pairing of two West Coast punk greats, Adolescents and The Weirdos. The bands' lineups aren't exactly the same as back then, but they both have a couple constant members and this show should still be pretty wild.

Philip Glass & Tim Fain Benefit Concert for Nepal @ David Zwirner
Philip Glass will join violinist Tim Fain for a special benefit concert happening inside the Richard Serra: Equal's installation at David Zwirner which is made up of 40-ton steel cubes.

Justin Vivian Bond: Swallow My Pride @ Joe's Pub
A regular in NYC's drag scene for years, and once a member of the duo Kiki and Herb (with Kenny Mellman, who is now in The Julie Ruin), Justin Vivian Bond begins a 2-night stand at Joe's Pub tonight.

Allah-Las, The White Buffalo @ The Surf Lodge
If you're out in Montauk today, there are few bands better suited to play The Surf Lodge's free concert series than Los Angeles' Allah-Las who look and sound like the stepped out of The Endless Summer.