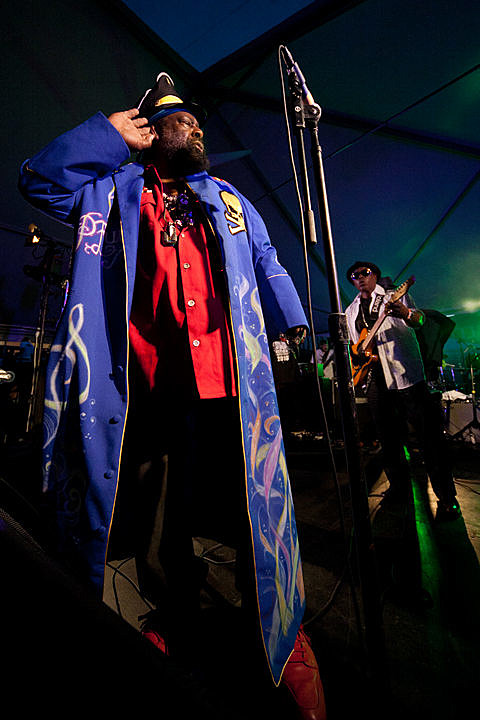 It's Independence Day Weekend and we've got a guide to holiday events/concerts, and you can browse our full NYC show calendar for all of tonight's shows. Meanwhile, here are some highlights...

Evan Caminiti, Circuit Des Yeux, Ancient Ocean @ Trans-Pecos
Circuit des Yeux (aka Haley Fohr) recently released her new album, In Plain Speech, which is her first for Thrill Jockey and first with a full band. The band is also on tour with her, and tonight's her first of two NYC shows. Headlining is her Thrill Jockey labelmate Evan Caminiti (aka one half of Barn Owl).

The Gradients, Bambara, Heaven's Gate, The Cradle @ Palisades
This is a very solid bill of NYC indie rock, which serves as the tour kickoff for The Gradients and The Cradle. In between are the very boisterous Bambara, and the muscular, melodic/dreamy sounds of Heaven's Gate.

Ital, Umfang, Pictureplane, Cities Aviv @ Lot 45
Local dancefloor-movers Ital, Umfang and Pictureplane team up with rap weirdo Cities Aviv for this late-night party at Bushwick restaurant/bar/venue Lot 45 (411 Troutman St). It's free before 11 PM, and $10 after that.

Crime in Stereo, Incendiary, Royal Psalms @ Saint Vitus
If you dig Long Island hardcore, this bill is tailor-made for you with the long-running melodic band Crime In Stereo and the newer, more metallic Incendiary.

The Growlers @ Surf Lodge
If you're out in Montauk for the holiday weekend, The Surf Lodge seems to be a cool place to catch popular bands playing very intimate shows. Tonight it's garagey party-rockers The Growlers.

The Grateful Dead's Chicago shows are this weekend, and there are a few places you can watch the simulcast in the NYC-area.