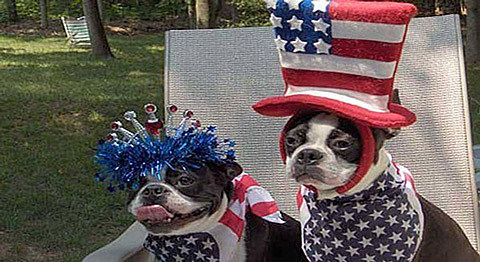 Happy Fourth of July! Pleaser check out our guide to holiday events and fireworks, and you can browse our full NYC show calendar for all of today and tonight's shows. Meanwhile, here are some highlights...

Swirlies, Krill, Advaeta @ Silent Barn
Veteran shoegaze act Swirlies play their first of two NYC shows this weekend. This one is especially enticing as they're playing their 1993 album, Blonder Tongue Audio Baton in its entirety for "(probably) the first time and (maybe) the last time ever."

Kool A.D., Cities Aviv, Yung Gutted @ Aviv
If your idea of celebrating America's independence involves seeing left-field rappers, Aviv is the place for you to be tonight.

Crazy and The Brains, Toby Goodshank, Little Cobweb, The Ben Pagano Band, Preston Spurlock @ Palisades
If you like classic '70s-style punk, but have thought to yourself "needs more xylophone," you're not alone. The members of Crazy & the Brains had this same thought, and they deliver their xylophone-filled punk in a way that sounds a lot better live than it does on paper.

Chromeo @ Surf Lodge
If you're out in Montauk for the holiday weekend, The Surf Lodge seems to be a cool place to catch popular bands playing very intimate shows. For example, tonight it's Montreal's dancepop duo Chromeo who last summer headlined SummerStage in Central Park.

The Grateful Dead's Chicago shows are this weekend, and there are a few places you can watch the simulcast in the NYC-area.