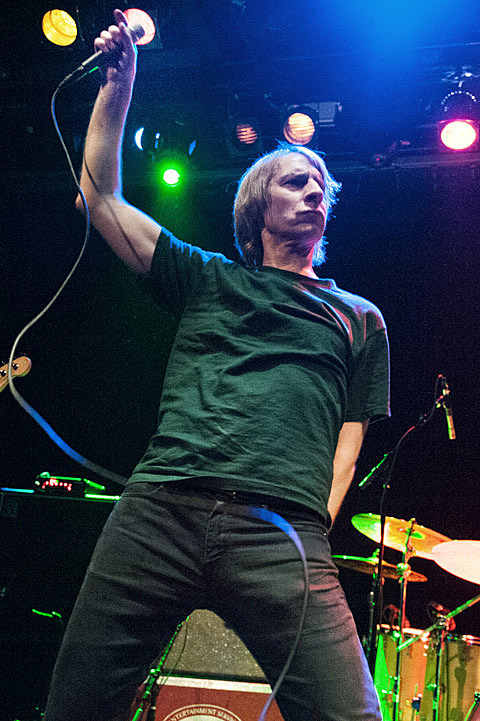 Mudhoney, Pampers @ Bowery Ballroom
Having just returned from a European tour, grunge punk icons Mudhoney are in town for two shows. Tonight's the first and if you're going definitely don't miss the bruising art-punk of openers Pampers.

Nude Beach, Outer Spaces, MPHO, RIPS @ Silent Barn
Brooklyn's Nude Beach excel at the kind of anthemic, heartland indie rock that the Midwest did so well in the '80s. This show also features promising indie rockers Outer Spaces and MPHO, aka Mark Perro of The Men and Holly Overton of Juniper Rising.

Mandingo Ambassadors @ Union Pool
Monday's at Union Pool are usually home to Rev. Anderson and his Love Choir, but they've got the night off and in their place is Mamady Kouyaté's group Mandingo Ambassadors who carry on the Guinean dance band tradition. Two sets tonight: 10:30 PM and midnight, both free.