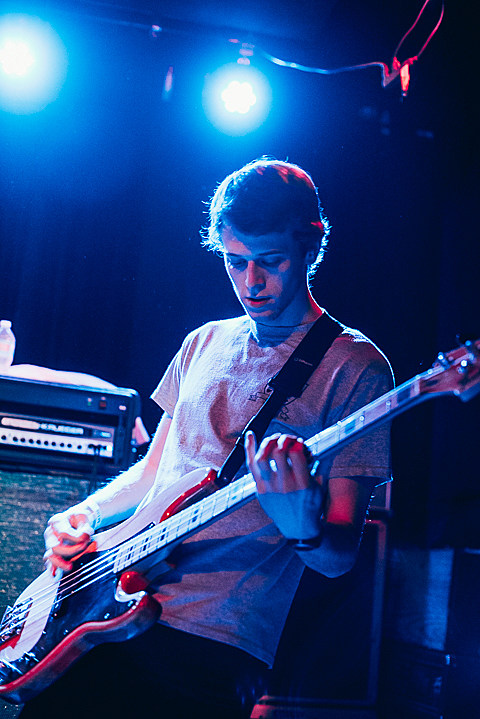 Spraynard, Dogs on Acid, Caves, Marge @ Shea Stadium
Jade Tree is fully back in action and two of their more recent signees, Spraynard and Dogs On Acid (ex-Algernon Cadwallader, Snowing), play NYC together tonight. Both are comparatively newer bands, but they make music that would've fit right in on the label in 1997.

toe, starRo, Infinity Shred (DJ set) @ Le Poisson Rouge
Japanese band toe spent the last ten years making a solid blend of post-rock and math-rock, though they never played North America until 2013. Now they're back once again, and tonight's show is sold out.

Large Professor, Marley Marl @ Queensbridge Park
'90s NYC hip hop as we know it probably wouldn't have existed without Large Professor, who -- among other things -- was one of the main producers on Nas' Illmatic. Tonight's show is a free SummerStage show.

AA Bondy, Kinsey @ Mercury Lounge
Formerly the frontman for indie rock band Verbena, AA Bondy reinvented himself in solo mode, making dark folk. He hasn't had a new album in four years, so it will be interesting to find out what he's been up to.

George Clinton & Parliament Funkadelic @ MetroTech Commons
The sound of R&B and hip hop would be very different today without George Clinton and P-Funk's pioneering, out-there sounds. He still pilots the mothership with skill and grooves. This is part of BAM's R&B Festival which is free and starts at noon..

Tamar-Kali @ MoMA Nights
Tamar-Kali blends classical with an almost hard rock style via her Psychochamber Ensemble -- tonight's show is in conjunction with the museum's One-Way Ticket: Jacob Lawrence Migration Series and Other Visions of the Great Movement North exhibition. This is free with museum admission.

Sophie, Star Eyes, Cry Baby, Doss @ Output
While this won't be the sensory overload that the PC Music showcase during Red Bull Music Academy was, their associate SOPHIE knows how to get the dancefloors moving.

Antietam, Loways, Wildwhite @ Trans-Pecos
Originally from Louisville, KY, indie rockers Anteitam have called NYC home for some time. Their sound works a droney-yet-melodic style that isn't too far away from Yo La Tengo.

Foo Fighters, Royal Blood @ Citi Field
Foo Fighters may not be our favorite Dave Grohl project, but it's certainly his most successful. Tonight's their second show of the week at NYC's huge Citi Field.

Little River Band, Ambrosia, Player, Stephen Bishop, Robbie Dupree @ St. George Theatre
If you like to keep it smooth, '70s style, the "Rock the Yacht" tour is for you, with a cavalcade of Me Decade soft rock acts who will literally play "nothing but the hits." You'll get Little River Band ("Reminiscing"), Ambrosia ("How Much I Feel"), Player ("Baby Come Back"), Stephen Bishop ("On and On") and Robbie Dupree ("Steel Away"). (They're doing more songs than that, but not too many more.) While it would've been awesome if this had been actually on a yacht, you can take the Ferry there.