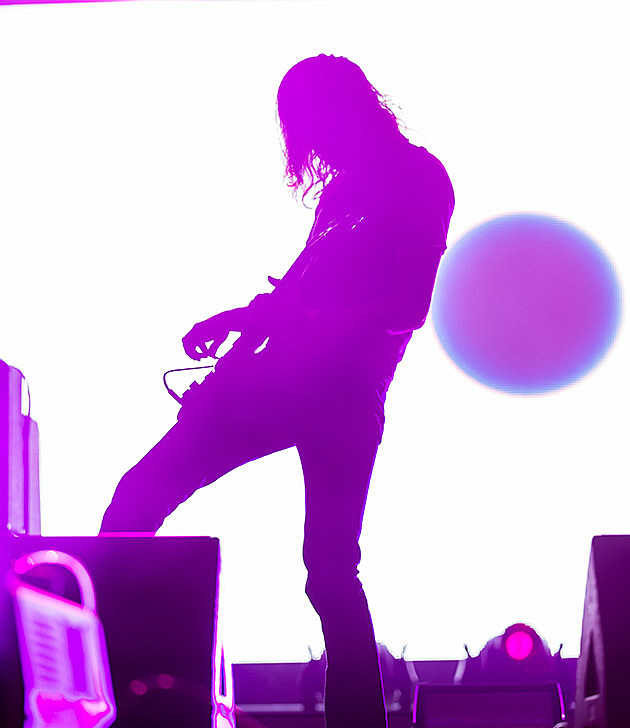 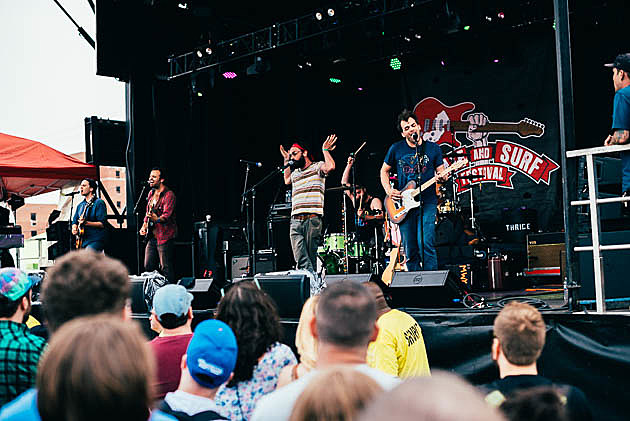 photo: The Bird and the Bee at Carnegie Hall in 2009 (more by Chris La Putt) 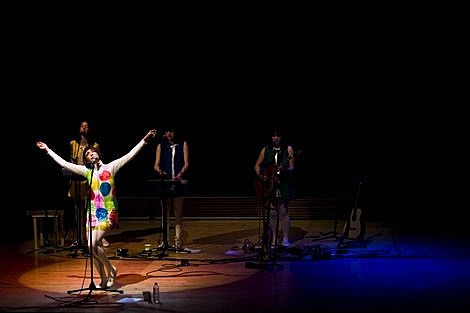 mewithoutYou, Foxing, Field Mouse @ Bowery Ballroom
mewithoutYou have explored a lot of sonic territory throughout their career, and their newest album Pale Horses (out now on Run For Cover) most immediately recalls the art rock/post-hardcore blend of 2004's Catch for Us the Foxes and 2006's Brother, Sister. If you're going tonight, Foxing and Field Mouse are both worth catching too.

The Bird and the Bee, Liam Finn @ Webster Hall Marlin Room
Meanwhile, downstairs in Webster Hall's Marlin Room it's Greg Kurstin and Inara George, who are back with their first album in five years as suave pop duo The Bird & The Bee album. It's out today so...it's another release party. New Zealand's great Liam Finn opens.

Soda Shop, The Hairs, Railings, Dark Tea @ Cake Shop
It's a night of cardigan-friendly indiepop with '60s-sh Soda Shop and the tongue-in-cheek jangle of The Hairs.

KxDx, Diamond Terrifier/Michael Beharie/VHVL, Simon O'Connor, Limited @ Trans-Pecos
Kurt Heasley of Lilys is the "K" in KxDx and the "D" is his old Lilys bandmate Don Devore (these days of Sick Feeling). Hopefully they'll dust off some early-'00s tracks to play tonight.

No Age, Sun Foot, and Devin Gary & Ross @ Surf Pavillon
This event should be pretty cool, the three bands are traveling together as part of a music/art exhibit called "Generationalpictomusicapolis." In addition to the music, limited-edition, collaboratively made artworks created by each band member will be exhibited at the show, and available for purchase.

Into Another, Fairweather, Gates @ Gramercy Theatre
Two formerly broken up and now-reunited post-hardcore bands come together for this bill. There's Into Another, who came out of the early '90s NYC/Revelation Records scene and Virginia's Fairweather, one of the more underrated bands on Equal Vision in the early 2000s.

Mitski, Elvis Depressedly, eskimeaux, Normal Person @ Palisades
Mitski's 2014 album Bury Me at Makeout Creek gets better every time, with its mix of art rock, folk, and lo-fi indie. Tonight's her first of two NYC shows on her tour with the Run For Cover-signed Elvis Depressedly and Epoch member Eskimeaux.

Dalek, cleanteeth, Azar Swan, Final Boss @ Saint Vitus Bar
Industrial hip hop project Dalek had been hiatus since 2009, but they recently returned and are continuing to play shows. Also, don't miss goth duo Azar Swan if you're going to this one.

Bouncing Souls, Andrew Jackson Jihad, Screaming Females, Seaside Caves @ Starland Ballroom
NJ punk heroes The Bouncing Souls are playing a big home state show tonight, and it's especially good for a few reasons. For one, they're playing their excellent 2001 album How I Spent My Summer Vacation in full. And secondly, Andrew Jackson Jihad and Screaming Females are both bands that are worth seeing on their own, so this lineup is pretty stacked.

Unearthly Trance, churchburn, Belus @ Acheron
Brooklyn sludge weirdos Unearthly Trance broke up in 2012 and were very missed, but now they're back in action and have wasted no time playing tons of shows.

Neil Young, Puss 'N Boots @ Bethel Woods Center
Bethel Woods is the location where the original Woodstock was held. It's a few hours away from NYC but if you're going to make the trip, who better to see than someone who actually played Woodstock?