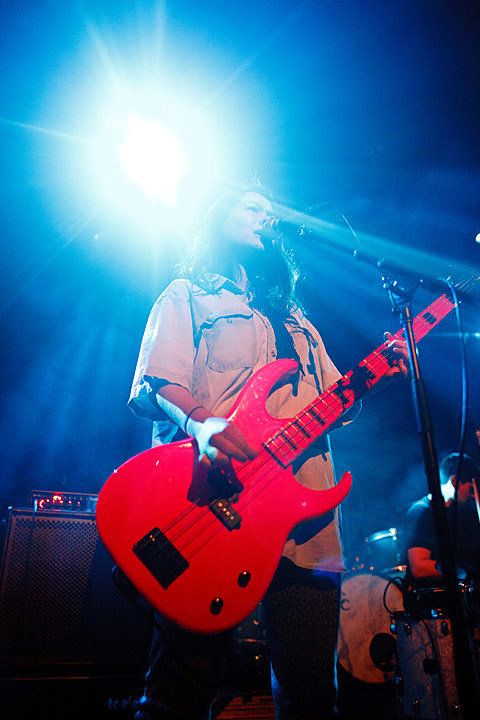 U2 @ Madison Square Garden
Rock and pop superstars U2's eight-show run at Madison Square Garden continues. Word from earlier stops on the "Innocence + Experience" tour say that U2 have created a stadium spectacle like never seen before -- which is just what you'd expect from them (and these ticket prices).

Elvis Depressedly, Mitski, eskimeaux, Emily Yacina @ Shea Stadium,
Mitski's 2014 album Bury Me at Makeout Creek gets better every time, with its mix of art rock, folk, and lo-fi indie. Tonight's her second of two NYC shows on her tour with the Run For Cover-signed Elvis Depressedly and Epoch member Eskimeaux.

Arabrot, Pinkish Black, Ghold @ The Studio at Webster Hall
Norway's Arabrot make noise rock that seems more intent on alienating music fans than bringing them together, but it may just be good enough to do the latter anyway. Goth duo Pinkish Black are just as worth catching.

Ed Askew @ Ace Hotel
Ed Askew is one of the late '60s psych-folk singers who benefitted from internet exposure and is now able to play shows and release new music very consistently. Any time you can catch him, it's a treat.

Ava Mendoza's Chaser, Lucas Brode, Millevoi-Lopez-Shea, Kevin Shea's Sexy Thoughts @ Palisades
For a night of avant-garde guitar-based music, Palisades is where you want to be.

Floetry, Janine & the Mixtape @ BB King's
British neo-soul/hip hop duo Floetry broke up after their 2005 sophomore album, Flo'Ology, and Marsha Ambrosius and Natalie Stewart (aka The Floacist) embarked on separate solo careers. Now they're back in action, and on a reunion tour which hits NYC twice. This is the first.

Kornel Kovacs, Alejandro Sab @ Output (Panther Room)
Swedish producer Kornel Kovacs recently released an EP on Numbers, which has also been home to Rustie, Jamie xx, and more. If you like that kinda stuff, you might dig Kornel too.