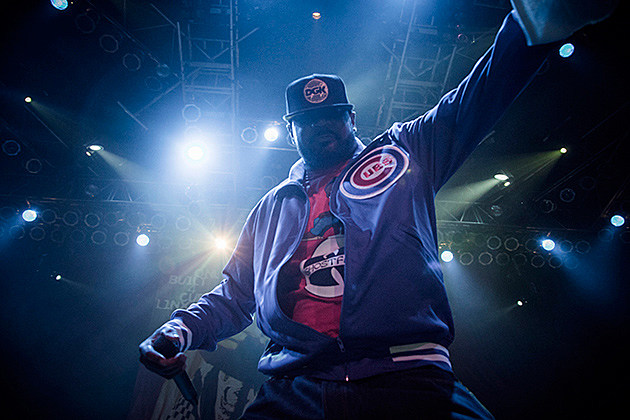 Nude Beach, Honey @ Baby's All Right
Brooklyn's Nude Beach excel at the kind of anthemic, heartland indie rock that the Midwest did so well in the '80s. Tonight they are well matched with Honey's blistering, no-nonsense Detroit-style punk.

Raekwon, Ghostface Killah, Dillon Cooper @ Irving Plaza
Raekwon's timeless debut solo album, Only Built 4 Cuban Linx, turns 20 this summer and in celebration of that, he and fellow Wu-Tang member Ghostface Killah (who's on almost every track of that LP) are touring, and hit NYC tonight.

Floetry @ BB King's
British neo-soul/hip hop duo Floetry broke up after their 2005 sophomore album, Flo'Ology, and Marsha Ambrosius and Natalie Stewart (aka The Floacist) embarked on separate solo careers. Now they're back in action, and on a reunion tour which hits NYC twice. This is the second.

Chris Gethard: Career Suicide @ Union Hall
Chris is doing another of his "Career Suicide" shows at Union Hall, which will have "an hour of stand up focusing on suicide, alcoholism, and all the other funniest parts of life."