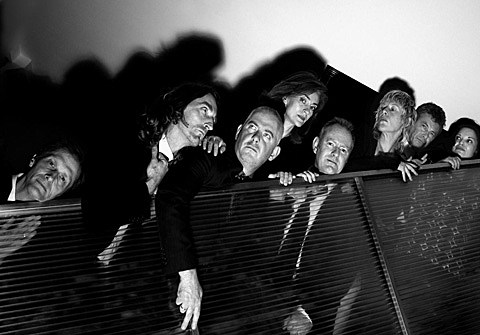 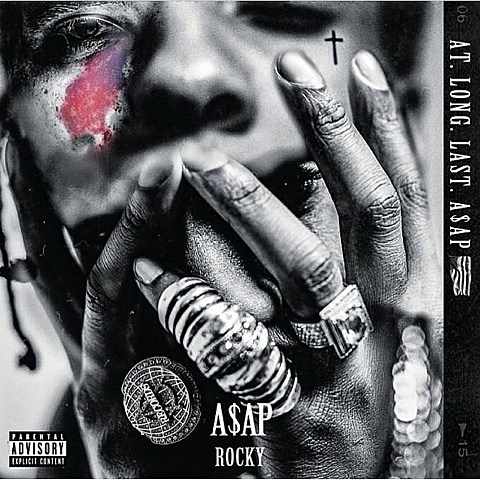 A$AP Rocky, Vic Mensa, Bodega Bamz, Remy Banks @ Best Buy Theater
It's weird to think A$AP Rocky was once part of the small "cloud rap" movement, as he's now one of our most exciting major label rappers. This year's At.Long.last.A$AP is a departure from the party jams of his last album and dives deeper into psychedelic territory.

The Mekons @ Jalopy Theatre
Much like The Fall, long-running band The Mekons have dabbled in just about every musical genre you can think of in their nearly 40-year existence but they always mainly just sound like themselves. Mekons shows tend to be long and boozy with a very, very devoted fanbase. They're one of the greats.

Iron and Wine & Ben Bridwell @ Webster Hall
Iron & Wine (aka Sam Beam) and Band of Horses frontman Ben Bridwell put out a covers album earlier this year that tackles a lot of diverse stuff -- Pete Seeger, Spiritualized, Sade, Talking Heads and more. Now they're on the road together playing those covers, and some of their own stuff too.

Dee Dee (of The Dum Dum Girls) @ Moscot LES
Dum Dum Girls' frontperson Dee Dee Penny will perform solo at this free show at MOSCOT's store on Orchard St. Complimentary beer and wine for folks over 21, too. You gotta RSVP.

U2 @ Madison Square Garden
Rock and pop superstars U2's eight-show run at Madison Square Garden continues. As you may have heard, Bono, The Edge and crew have managed to reinvent the stadium spectacle for this tour -- which is just what you'd expect from them (and these ticket prices).

Jill Scott, BJ the Chicago Kid @ Kings Theatre
Neo-soul great Jill Scott has a new album titled Woman coming out this week, and from the singles she's put out it sounds like more of her quality work. This is her second of two NYC shows with solid opener BJ the Chicago Kid.

Stitches, Main Attrakionz, Buckwheat Groats @ The Studio at Webster Hall
Speaking of the cloud rap movement A$AP Rocky came from, Main Attrakionz came from it too. They never became big stars like him, but they're still making good music like this year's 808s & Dark Grapes III. Tonight's their first of two NYC shows in support of it, and this one's with the "Brick In Yo Face" dude Stiches.

Joell Ortiz, !llmind, Emilio Rojas, Billionaire Buck, Sons of 84 @ The Wick
NYC staple Joell Ortiz returned last week with the new album Human, produced entirely by !llmind. The two of them team up tonight in celebration of that.

Steeleye Span @ BB King's
Steeleye Span hailed from the same British folk scene as Fairport Convention, and they put out at least a few classic albums in the '70s. The only original member is Maddy Prior, though her voice alone is a good enough reason to check out this show.

Alt-J @ iHeartRadio Theater
Alt-J rose to fame very quickly, and this is a small show for the band who have already headlined MSG. To get in you had to win tickets from iHeartRadio.

CHVRCHES, BAIO @ Music Hall of Williamsburg
CHVRCHES showed their pop dreams from the beginning, but their new single especially sounds made for the radio. Vampire Weekend's Baio has a new album on the way too.

Volahn, Hand of Glory, T.O.M.B., wulfkrieg @ Acheron
This show doubles as the first night of the 'Dissociative Visions' festival, and it's headlined by black metal master Volahn.