photo: Dinosaur Jr at MHOW in 2014 (more by Caroline Harrison) 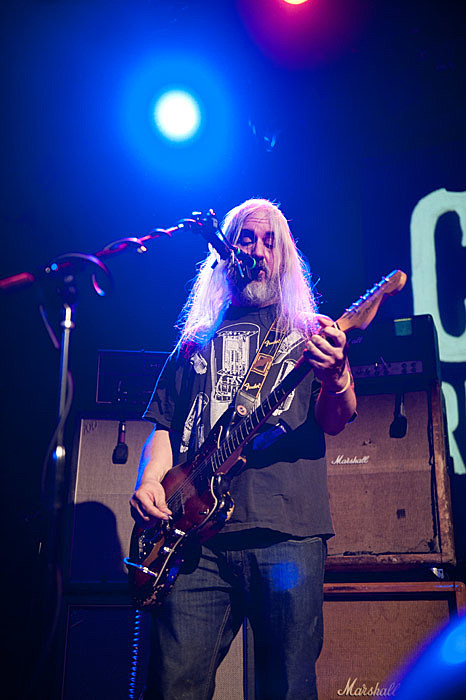 photo: Radioactivity on a bridge in Austin in 2014 (more by Amanda Hatfield) 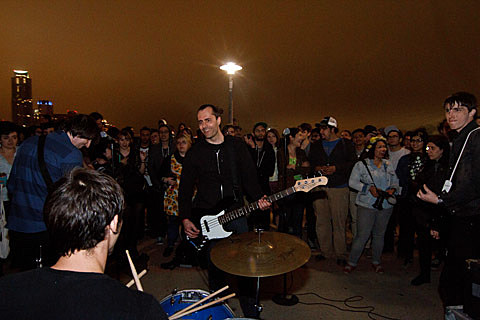 Primus, Dinosaur Jr., Ghost of a Saber Tooth Tiger @ JBL Live at Pier 97
It's a Lollapalooza '93 reunion with Primus and Dinosaur Jr. There's no Front 242 or Fishbone? Instead, opening is Sean Lennon's The GOASTT.

Weekend, Regal Degal, Laced, Geoff Rickly (DJ Set) @ Shea Stadium
It's been a couple year's since Weekend's last album, Jinx, and we are curious as to what's up with the band these days.

Boxed In, Ben Talmi @ Baby's All Right
If you dig George FitzGerald's new album, you probably also dig Boxed In, who contributed a lot of the album's live vocals.

Watkins Family Hour @ City Winery
Watkins Family Hour is something of a super collective, led by 2/3 of Nickel Creek and including a bunch of other members, the most famous one being Fiona Apple. They recently released their self-titled debut album, which entirely features covers (Grateful Dead, Bob Dylan, Fleetwood Mac, more). Tonight concludes their three-night run at City Winery, and then they play a free Lincoln Center show in August.

Blake Mills, Julian Lage @ Music Hall of Williamsburg
While Blake Mills may be best known to some as a collaborator of Fiona Apple (who probably can't join him tonight, since she's playing her own NYC show), he's a worthy artist on his own too. Blake plays City Winery tomorrow too.

Benji B, Jay Daniel, Skepta, Martyn @ Output
This is one of the several chances you have to see UK grime artist Skepta in NYC this week. The bill also has three DJs who will keep the party going all night.

Migos @ Highline Ballroom
If you're not soaking up hip hop nostalgia at the Bone Thugs show, maybe you'll be getting down to a much newer group, Migos. They just put out their official debut album, Yung Rich Nation, and this is the release party.

Severed Head Of State, Razorheads, Indignation @ Acheron
Crust supergroup Severed Head of State include members of World Burns To Death, Tragedy, J Church and more). Their shows are pretty rare, so if you're a fan, this one is definitely worth catching.

Saintseneca, Radiator Hospital, Accidental Seabirds, Dentist, Bone & Marrow @ Asbury Lanes
Saintseneca make layered, harmony-laden indie folk, but they stick much closer to their DIY roots than most bands who fit that description. They'll be in NYC in August, but this show is nearby and also features the great indie rock band Radiator Hospital.

U2 @ MSG
Rock and pop superstars U2 are almost through their eight-show run at Madison Square Garden. As you may have heard, Bono, The Edge and crew have managed to reinvent the stadium spectacle for this tour and reviews have been pretty favorable.

Sunflower Bean, Honduras, Heaven's Gate @ Rough Trade
Tonight's the record release party for Sunflower Bean's new 7" and they say it's their last NYC show for a while. Openers Honduras and Heaven's Gate are both worth catching as well.

The Sadies @ Union Pool
Toronto alt-country act The Sadies have been at it since the late '90s and released Internal Sounds in 2013 and a collaborative album with Gord Downie last year.