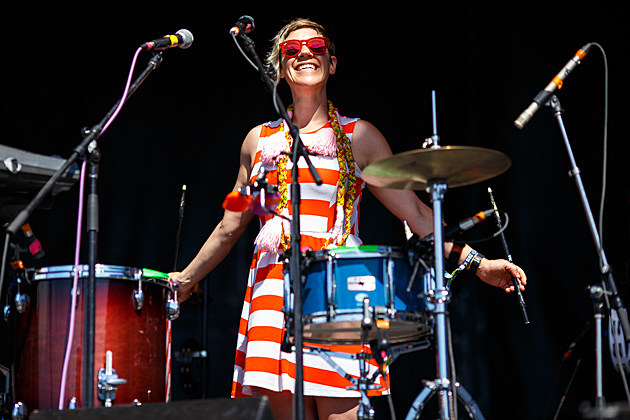 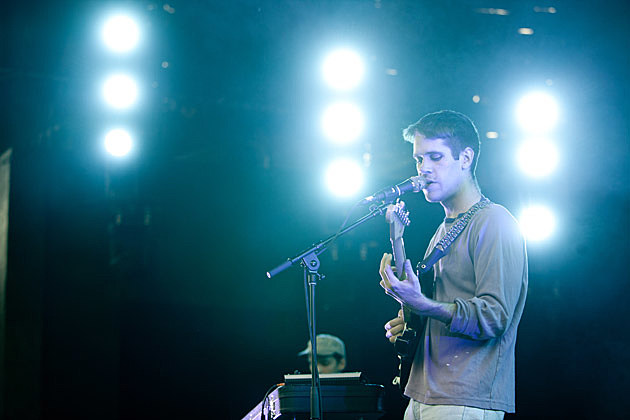 tUnE-YaRds, Shabazz Palaces @ Prospect Park Bandshell
This is an amazing double bill and it's totally free. Neither artist fits comfortably into a genre -- tUnE-yArDs probably leans closest to art pop and Shabazz Palaces to rap -- and the two have more in common musically than it might seem. Should be a great show.

Jamie xx, Mike Simonetti @ Terminal 5
Jamie already has two great albums out as a member of The xx, and this year he focused his talents on a solo album which is quickly getting as much love as his main band. This is his first of three NYC shows on this tour, and it's sold out.

Porches, Kevin Morby @ Union Pool (Summer Thunder)
This is a pretty killer edition of Union Pool's free "Summer Thunder" series, with the always great Kevin Morby, and rising NYC band Porches. Expect this one to be packed. 2 PM, 21+ and, as mentioned, free.

Savak (ex-Obits), The Effects, Law$uits @ Union Pool
Featuring Sohrab and Greg from Obits, SAVAK made their live debut back in May and pretty much knocked the entire audience for a loop by being so great out of the gate. The band's taught, angular punk is a little weirder than Obits, with shared/traded lead vocals and two drummers (though not at the same time). This is SAVAK's second show and you should go see them. The Effects are the new band from Devin Ocampo who you might know from Dischord acts Faraquet and Beauty Pill. SAVAK also play Cake Shop on Sunday.

Saintseneca, Multimagic, Jess Williamson @ Baby's All Right
Saintseneca make layered, harmony-laden indie folk, but they stick much closer to their DIY roots than most bands who fit that description.

Psychemagik, Beto Cravioto, Higgins @ Output
Among other things, UK electronic duo Psychemagik are known for having one of the most addictive dance remixes of Fleetwood Mac's "Dreams." Hearing that at 2 in the morning on a weekend sounds like a pretty good time.

Delta Spirit @ The Surf Lodge
It's good weekend for music fans to spend away in the Hamptons, with folk rock band Delta Spirit playing this free show tonight and tUnE-yArDs playing one at this venue tomorrow.

Yes, Toto @ PNC Bank Arts Center
A bit of a strange double bill with prog legends Yes (this lineup with Steve Howe and Alan White) and early '80s pop/rock act Toto. Even if you hate it, "Africa" is hard not to sing along to.