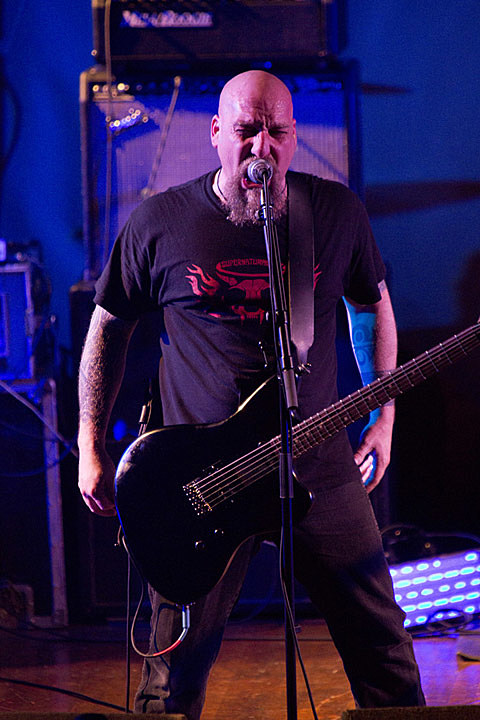 Neurosis, Brothers of the Sonic Cloth (ex-TAD), Sumac (ex-Isis) @ Warsaw
If you like sludge metal/post-metal/etc, this entire bill is basically unmissable. Almost no one does this sound better than Neurosis (and certainly no one has done it this consistently well for longer than Neurosis), and they'll be supported by the new bands of TAD frontman Tad Doyle and Isis frontman Aaron Turner.

Mad Decent Afterparty @ Verboten
After the Block Party, head to Verboten for the afterparty with What So Not, Grandtheft, 4B, and Brunch Bounce DJs.

Hard Left, Savak, Field Drums @ Cake Shop
Tonight features a solid one-two punch of Hard Left, the '70s UK-style punk band of Black Tamborine/Slumberland Records' Mike Schulman, and SAVAK the new band from Sohrab and Greg of Obits (plus another singer/guitarst and TWO drummers). This will be fun.

Warren G, Scram Jones @ Highline Ballroom
If you miss '90s G-Funk, Warren G has you covered with his just-released Regulate...G Funk Era Part II EP. As you probably guessed, it's the sequel to his classic 1994 debut Regulate...G Funk Era. Making it extra special, it contains an unreleased collaboration by the late Nate Dogg. Tonight's the EP's release party.

Ned Doheny @ Le Bain
Somewhat a '70s soft rock cult artist, Ned Doheny experienced a bit of a rediscovery in 2014 when his great groover "Get It Up for Love" was placed as the lead track to groovy compilation Too Slow to Disco and, more notably, lauded reissue label The Numero Group released Separate Oceans, a compilation of his prime cuts. This is, believe it or not, his first-ever NYC show. It's free, doors are at 5 PM and keep in mind Le Bain's somewhat posh setting: "Please note: unfortunately, we are unable to accommodate all guests. Access is at the discretion to the club. Thanks for your understanding."

Catharsis, Die Young, Grudges, Annulment @ Saint Vitus
Before metalcore got watered down in the mainstream, a few now-influential artists like Catharsis were pushing its boundaries in the late '90s. They broke up in 2002 but have been playing rare shows again more recently. This is their first time in NYC in two years.

Caveman, Rivergazer, The Fluids @ Brooklyn Flea (2 PM)
Caveman are working on their next album but have been taking time to play some shows as well, like opening for Blonde Redhead in June, and playing Riis Beach Bazaar in July. Here's another free show that happens during the Brooklyn Flea at 50 Kent. 2 - 6 PM.

SPAGHETTABOUTIT w/ Prince Rama @ Fulton Stall Market
Prince Rama's Nimai Larson cooked up this event, literally, featuring her love of cooking (she's got a book, actually) and Guns N' Roses. What kind of spaghetti incidents will happen, given Prince Rama's out-there new age style, could be interesting. 4 PM and you do need to buy advance tickets.

Van Halen @ PNC Bank Arts Center
Van Halen have been a gateway band for rock and metal fans for almost four decades, and there's a reason their popularity refuses to wane. They're back with David Lee Roth these days, and this is their first of three NYC-area stops on this tour.

Lee Ranaldo, Kevin Morby @ Storm King Art Center
Storm King's not very far from NYC, and it's a gorgeous place to spend a weekend afternoon out of the city, even when there isn't live music. There is live music today, though, a nice double bill of onetime Sonic Youth guitarist Lee Ranaldo and Kevin Morby. Free with Storm King admission.

tUnE-YaRds @ The Surf Lodge
As you may know, The Surf Lodge in Montauk hosts free music on weekends, and a tUnE-yArDs show is one of the better reasons to get away to the Hamptons today.