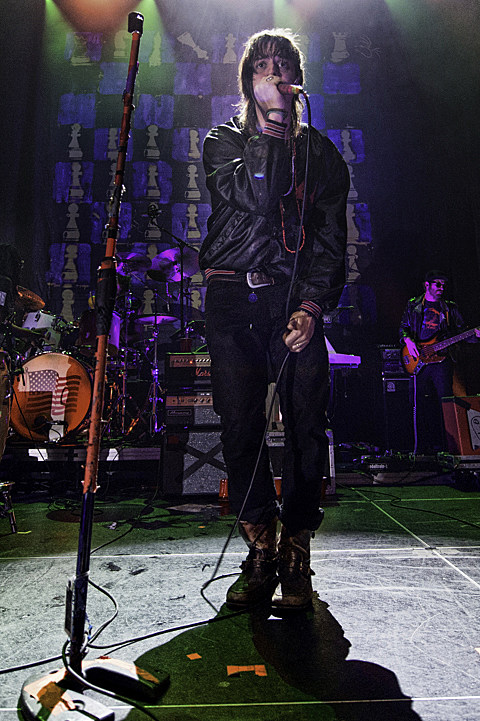 Failure, Hum, Nothing @ Webster Hall
Both Failure and Hum employed a mix of shoegaze, post-hardcore and alternative in the '90s that has proved to be ver influential on a lot of modern bands. One of those modern bands, Nothing, opens for them tonight.

Oneida, Lee Ranaldo/James McNew, Seabrook Power Plant @ Secret Project Robot
One of NYC's longest-running and most-respected indie rock bands, Oneida are best experienced live. Tonight they're promising an "extra-heavy" show with friends (like Lee Ranaldo and Yo La Tengo's James McNew) joining them onstage. Plus, Secret Project Robot is celebrating 10 years of doing it themselves, so this should be a one-of-a-kind evening.

Krallice, Geryon, Andromorphus Rexalia @ Trans-Pecos
Last month, black metallers Krallice surprised-released their first album in three years, and it saw them taking a bit of a rawer approach and sounding as strong as they ever have.

NOFX, toyGuitar @ Gramercy Theatre
NOFX have consistently been the snotty punk band they are today for over 25 years, and next week they're putting out a new documentary on the band. They'll screen it tonight, along with a Q&A with Going Off Track's Jonah Bayer & Steven Smith, and also play a live set. toyGuitar, a new-ish garage punk band with members of Swingin' Utters, One Man Army, Dead To Me and more, open.

Vessel, Ital, Aurora Halal, Earthen Sea, Damon Eliza Palermo @ Output
Tri Angle-signed leftfield electronic musician Vessel returns to NYC this week for two shows, this being the first. It's a good lineup, with Ital and Earthen Sea (who both used to play in Black Eyes) and more.

Child Bite, Mountain of Wizard, Netherlands, Big Bitch @ Grand Victory
Art punk weirdos Child Bite will be in NYC this fall on tour with KEN mode, but you can see them sooner than that at their headlining show here tonight.

Van Halen @ Jones Beach
Van Halen have been a gateway band for rock and metal fans for almost four decades, and there's a reason their popularity refuses to wane. They're back with David Lee Roth these days, and this is their second of three NYC-area stops on this tour.

Rave of Thrones @ Irving Plaza
Kristian Nairn is best known these days as Hodor on Game of Thrones, but before that he was a respected club DJ. He's mixing both together tonight. Fake swords or glo-sticks? Probably both.