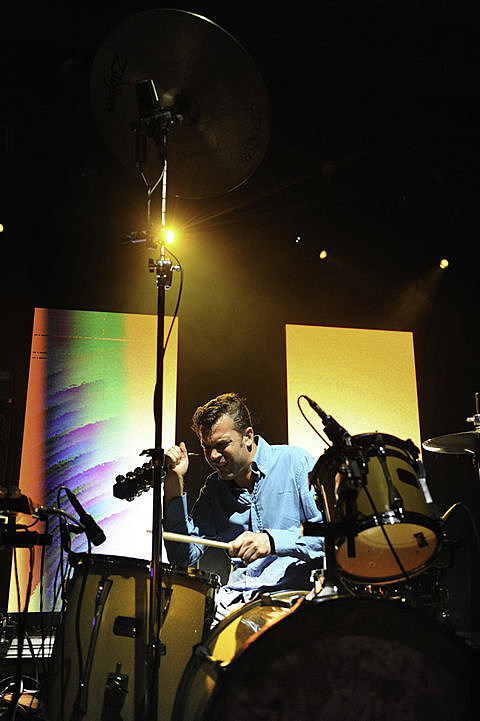 Raekwon @ SOB's
Raekwon's timeless debut solo album, Only Built 4 Cuban Linx (aka The Purple Tape), turned 20 earlier this month and in celebration of that, Rae's been on tour playing songs from it. This is the third and final NYC show of that tour.

Battles @ Saint Vitus
Battles' next record will be entirely instrumental, but from the sounds of lead single "The Yabba," it's still unmistakably Battles. Tonight's show is sold out, but they also play the larger NYC venue Webster Hall in October.

Mercury Rev (DJ set) @ Backbar at The Bedford
With a new album on the way, Mercury Rev's core duo of Jonathan Donahue and Grasshopper will be spinning other people's records tonight at this Williamsburg spot. Free.

Blackalicious, Kool Keith @ Brooklyn Bowl
Indie rap duo Blackalicious are gearing up to release their first album in ten years this September, but are touring ahead of that. This show's especially great, because one of indie-rap's most influential artists ever, Kool Keith, is co-headlining with a full-band set.

Porches, Pile, Grass is Green, Two Inch Astronaut, Washer @ Baby's All Right
You may know a thing or two about '90s indie rock being back, and one of the most consistently solid homes for those types of bands is Exploding In Sound Records. THe label is throwing an extended weekend of shows in Brooklyn and Boston, beginning with this one. Alumni Porches headline, and it's sold out.

Trap Them, Full of Hell, Blackest, Siblings @ Acheron
Two killer bands who cross the lines between metal and hardcore, Trap Them and Full of Hell, team up to wreak havoc on the Acheron tonight.

Filed Under: Expert Alterations, Literature, The Hairs
Categories: Music News, What's Going on Tonight in NYC
Comments
Leave A Comment
Back To Top