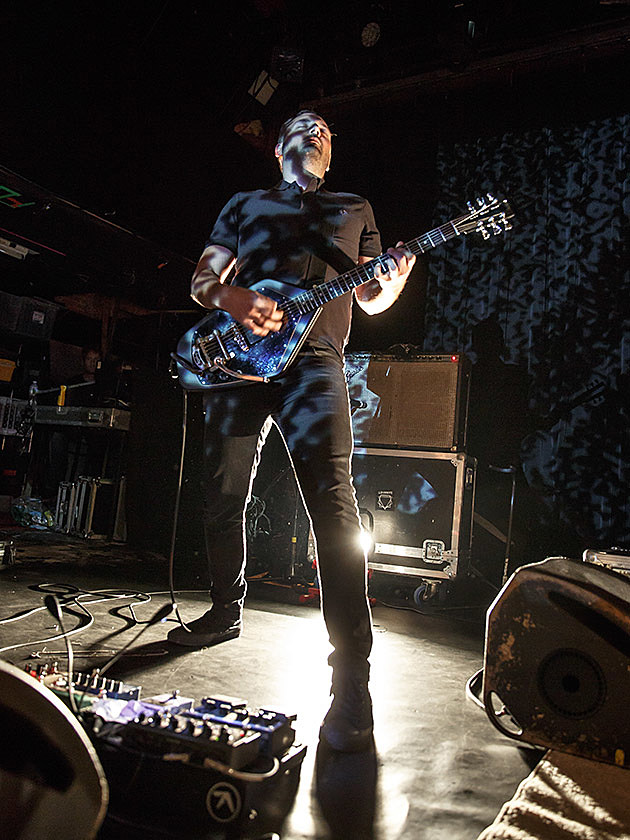 John Nolan, Brian Bonz @ Mercury Lounge
While their most popular songs were written without him, John Nolan's contributions to the first Taking Back Sunday album are no small part of what makes that one live up best today. Tonight he's playing off his new solo album and promising stuff from his post-TBS band Straylight Run too.

Krill, Big Ups, LVL UP, Stove, Palm @ Palisades
You may know a thing or two about '90s indie rock being back, and one of the most consistently solid homes for those types of bands is Exploding In Sound Records. The label is throwing an extended weekend of shows in Brooklyn and Boston, which continues tonight.

White Pisces, Nail Polish, Violent Video, Teen Body @ Union Pool
White Pisces are one of the bands in the Street Smart Cyclist/The Beds/Slow Warm Death family, and this one gives them a chance to make grungy, Nirvana-inspired jams.

Eleventh Dream Day, Antietam, 75 Dollar Bill @ Mercury Lounge
Long-running indie rock outfit Eleventh Dream Day (reductive, but they're kind of Chicago's Yo La Tengo) released their 13th album, Works for Tomorrow, back in July. The band don't tour so much anymore, so this is a rare chance to catch them. Tonight's show is with old friends Antietam and Other Music-signed 75 Dollar Bill.