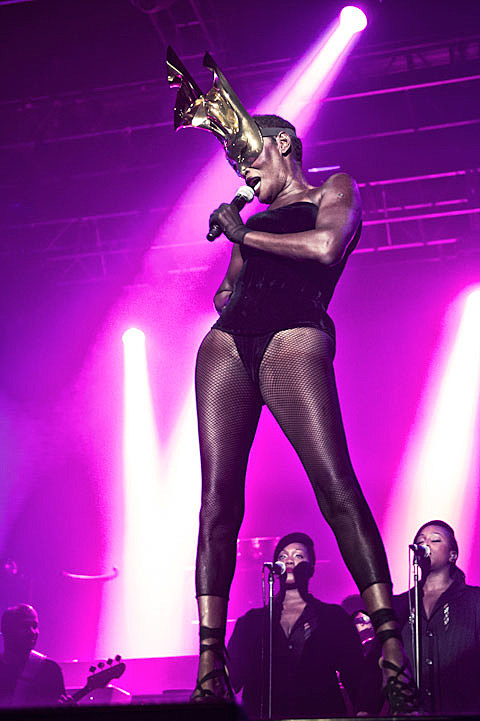 Earl Sweatshirt, Remy Banks, NxWorries @ Best Buy Theater
Earl Sweatshirt's new album I Don't Like Shit, I Don't Go Outside, is an inward-looking record that ignores most current rap trends, and it's one of the year's finest albums. This tour was supposed to hit NYC back in the spring, but it got postponed and finally comes here tonight.

Pianos Become The Teeth, The World is a Beautiful Place & I am No Longer Afraid To Die, Turnover, Take One Car @ Le Poisson Rouge
This is a pretty amazing lineup all around. Pianos Become the Teeth put out one of our favorite albums of last year with the atmospheric emo of Keep You, and going by the sounds of TWIABP's new single "January, 10th, 2014," they may have a similarly epic album of their own on the way. Turnover make jangle pop that kinda sounds like a more emo Real Estate, and Take One Car make post-hardcore of the mewithoutYou/La Dispute variety.

All Dogs, The Sidekicks, Fleabite, Florist @ Silent Barn
Frequent tourmates All Dogs and The Sidekicks are on the road together again, this time supporting All Dogs' soon-to-be-released Kicking Every Day. That album offers a high quality indie/pop punk crossover, while The Sidekicks' newest headed in a Shins/Band of Horses direction.

Billboard Hot 100 Music Festival @ Jones Beach
This may be largely a mainstream pop festival, but there's actually some stuff worth catching. Today has big names like The Weeknd, Lil Wayne, Santigold and Cold War Kids, plus (weirdly enough) indie-dance band The Faint.

Andres, Kyle Hall, Pender Street Steppers, Hashman Deejay, Laraaji @ MoMA PS1 (Warm Up)
Every Saturday afternoon in the summer, MoMA PS1 brings a full day of experimental and electronic music to their (hopefully) sunny courtyard. This is the third to last one of 2015.

Mykki Blanco, Princess Nokia, LSDXOXO @ Riis Park Beach Bazaar
Mykki Blanco is allegedly no longer a rapper, but still a writer and a spoken word artist. Who knows what will be in store for today's performance?

Slingshot Dakota, The Afraid Brigade, Teenage Halloween, Coolshark, Bannister @ Maxwell's
Bethlehem, PA duo Slingshot Dakota make indie pop not unlike Mates of State, but with a punk drive that that band lacks. They're always worth catching.

Anand Wilder (of Yeasayer), Hannah Cohen, Tamaryn, Sinkane (DJ sets) @ Freehold
Topman is throwing this free party featuring a host of DJ sets from cool local acts.  6 PM - 2 AM and you do need to RSVP.